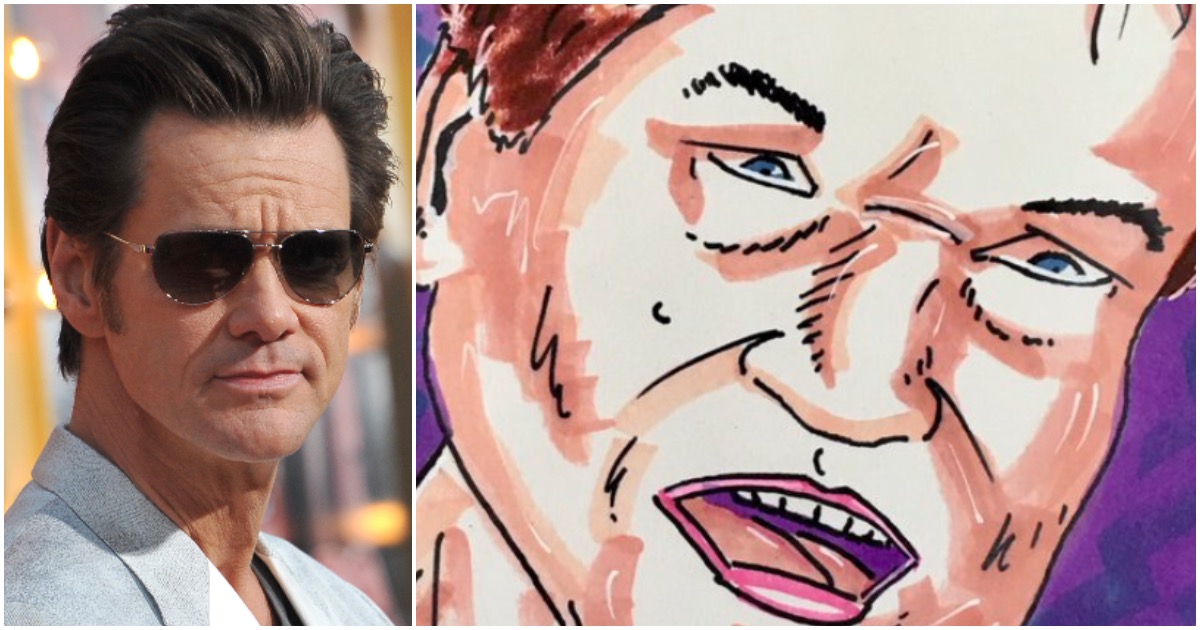 Actor Jim Carrey is at it again.

Jim is fond of painting, so he thought he’d draw Kavanaugh raping a woman as his buddy walks out the door with a smile.

Of course, this painting comes on the heels of an accuser claiming Kavanaugh assaulted her at a party over 30 years ago.

Actor and left-wing Twitter activist Jim Carrey has thrust himself into the “controversy” over an accuser of Supreme Court nominee Judge Brett Kavanaugh with a crude drawing depicting the judge as a rapist.

The art features a caricature of a gape-mouthed Kavanaugh partially nude with a woman’s hands pushing at his chest and a blond-haired man holding a beer and watching the door. Carrey’s primitive drawing also features the caption, “Republicans always look out for each other.”

Carrey’s art is essentially built on a lie, even taking the accusations at face value. The Democrat-connected accuser specifically stated that there was no nudity involved in the alleged incident and that both parties were fully clothed.

Republicans always look out for each other. pic.twitter.com/W6CcLEY6R0

Christine Blasey is a far left wing activist who spent all weekend deleting her social media accounts. I didn’t name her because that wouldn’t have been nice, but this is straight activism on her part.https://t.co/fLNiSezpgx https://t.co/T1ORi6jFib

Carrey says President Trump, not Democrats, is responsible for “inciting civil unrest” in the country.

Carrey noted, “We have to say yes to socialism, to the word and everything. We have to stop apologizing.”

A Venezuelan reporter set the comedian straight about the effects of socialism on a nation’s people – and he didn’t hold back.

In an article published in the Venezuelan outlet Runrunes, columnist Laureano Márquez argued that socialism is the root cause of the country’s current state of crisis.

“Dear Jim, I admire you a lot, but sometimes it seems that the inability of Hollywood stars to understand politics is directly proportional to their talent,” Marquez began his column.

“I read that…you said: ‘We have to say yes to socialism, to the word [‘socialism’] and to everything.’ Perhaps for you, as for all humanity, the word ‘socialism’ sounds beautiful,” he continued.

The journalist then went on to explain that while many define socialism as “the antithesis of selfishness, synonym of concern for others…support for the weakest and their needs, of seeking health and education for all,” in reality Marquez believes socialism today has “deep threats.”

“[In] Venezuela, what we find is just that our regime is not – for God’s sake – the antithesis of selfishness,” he wrote Wednesday. “In Venezuela, dear Jim, from what I have just told you, there is no equitable distribution of wealth; wealth is concentrated, as rarely before in our history, in very few hands.”

Marquez explained that people in Venezuela are “at God’s mercy” and are fleeing the country “however way they can” as they do not have access to medication, food or other basic needs.