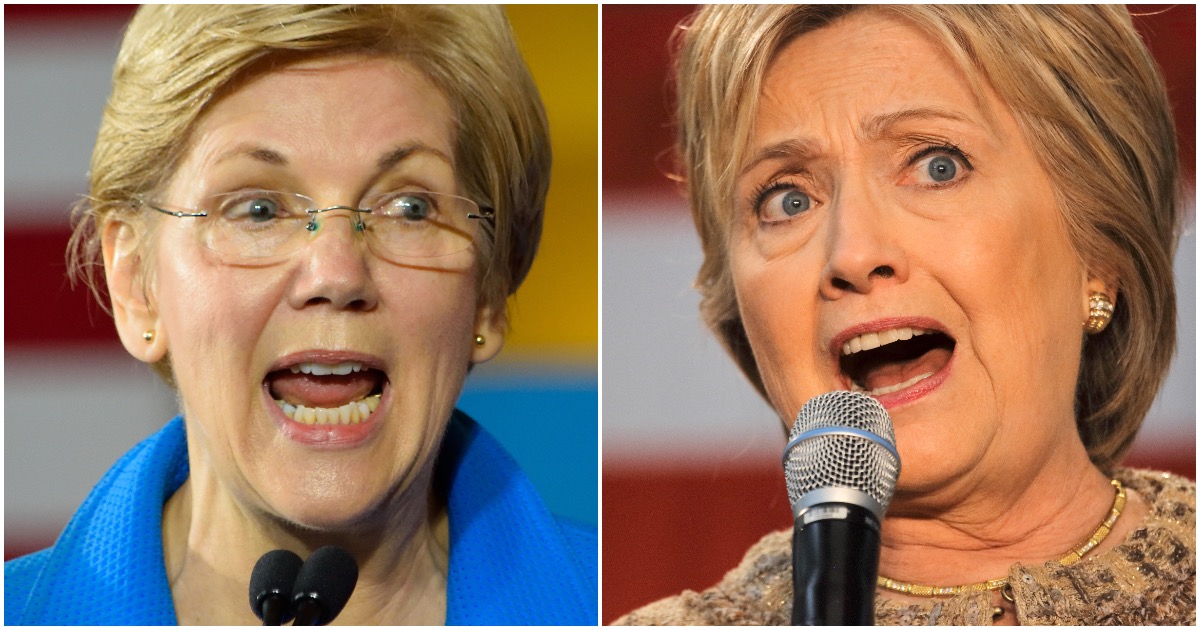 Massachusetts Sen. Elizabeth Warren, who has long claimed Native American heritage despite little to no proof, was just put on blast by Hillary Clinton.

Clinton thought she as doing something good by endorsing a Native American Congressional candidate from New Mexico.

.@Deb4CongressNM is a lawyer, an enrolled member of the Pueblo of Laguna, and a candidate for Congress in the 1st district of New Mexico. If Deb wins in November, she’ll be the first Native woman elected to Congress. https://t.co/Vpt64okvPP

D’oh! Did Hillary forget that Warren was the first American Indian elected to Congress?

How does Elizabeth Warren feel about that? https://t.co/5VU4gIx3rP

Warren (D), whom President Trump has referred to as “Pocahontas” due to her claim of being 1/32 Cherokee, just flubbed up big time herself.

With one message, she proved how her party is only interested in destroying Judge Brett Kavanaugh’s life and has no intention of doing the right thing.

I can't imagine any parent accepting this view. Is this really what America wants in its next Supreme Court Justice? pic.twitter.com/WhL8YeZQ78

The problem with the tweet is that Warren is intentionally misleading for her own personal gain, per Fox News:

But the clip, first unearthed by MSNBC, cuts out prior remarks by Kavanaugh showing that he is referring to three friends.

“I, by coincidence, three classmates of mine at Georgetown Prep were graduates of this law school in 1990 and are really, really good friends of mine,” Kavanaugh said in a recording of the full speech, naming his friends.