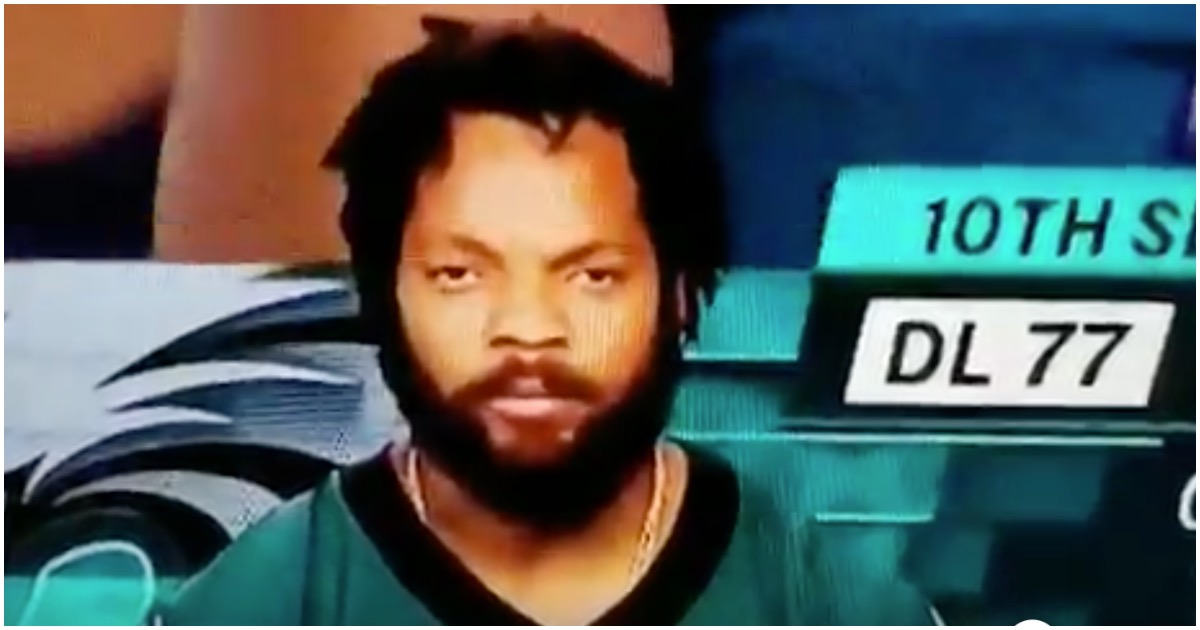 The National Football League was mired in controversy last season as far too many players took a knee, raised a fist, or protested in their own way during the national anthem.

How many players decided to disrespect Old Glory during the 2018-19 season opener between the Atlanta Falcons and defending Super Bowl champion Philadelphia Eagles?

Well, with Nike’s Colin Kaepernick ad airing during the game, Americans may have figured the kneeling controversy was not yet entirely dead and gone.

They may be right.

In fact, two Eagles players took a seat on the bench before the anthem was through, per USA Today:

Two Philadelphia Eagles players – defensive end Michael Bennett and Jay Ajayi – took seats on the bench near the end of “The Star-Spangled Banner,” but that was the extent of it.

All of the Atlanta Falcons players stood at attention for the duration, as did the bulk of the Eagles, while the Philadelphia-bred R&B group Boyz II Men sang the anthem.

On protests, only one was Michael Bennett, who walked around during . much of the anthem and sat near the end of it. All the Eagles were on the field.

There were no visible demonstrations by NFL players during the national anthem before the season opener on Thursday night.

All of the Atlanta Falcons and most of the Philadelphia Eagles stood throughout the anthem, including players who have previously demonstrated, such as Eagles safety Malcolm Jenkins.

Eagles defensive end Michael Bennett wandered around the bench throughout the anthem and sat down near the end, but he did not kneel.

Most of the players reportedly had their hands over the chests throughout the anthem.

All the players on the Atlanta Falcons and Philadelphia Eagles appeared to stand during the national anthem for the first game of the year.

There you have it. No players were seen kneeling during the anthem.

It came down to the final play once again between the @AtlantaFalcons and @Eagles.

President Donald Trump, as well as Republicans around the nation, will take this opening game as a great sign of what to expect for the season to come.

No protests mean football is watchable again in conservative circles.

In case you didn’t get to catch the game, here are some notes:

Nick Foles was not his Super Bowl self in the first half Thursday night, averaging just 3.6 yards per pass attempt, and the offense was outgained by Falcons receiver Julio Jones 89-68 over the first two quarters.

Needing to inject some life into the unit, Pederson dialed up a play similar to the “Philly Special” that came to define the Eagles’ Super Bowl win over the New England Patriots. In fact, “Philly Philly” is a play the Patriots ran in the Super Bowl against the Eagles, but the pass to quarterback Tom Brady fell incomplete in that game.

Even though there was no real protesting during the game, it will be hard to forget moments from the past.

For example, remember when Buffalo Bills running back LeSean McCoy was stretching, rather than standing still with his hand over his heart?

McCoy explains why he did what he did in September of last year, via New York Upstate:

McCoy took three questions on the topic after the game and explained himself eloquently. However, one question lingered. Why did he stretch instead of joining the dozen players who chose to take a knee? The team preached unity in a team statement and said players could protest in a respectful manner. Some viewed McCoy’s demonstration as disrespectful. He was asked Wednesday why he stretched instead of kneeling.

“I was extremely hurt to be honest,” McCoy said. “Because at first everybody has their own opinion like I talked about. People believe different things. They want to stand up for it or they don’t want to stand up for it. That’s their right. Some of the words the president used just rubbed me the wrong way. It really did. I was upset and I was frustrated. That was the way I wanted to express myself. I took a knee, I started stretching. I was angry. I was hurt. Like I said before after the game, somebody like the president and being our leader of this country for millions and millions and millions of people. They look at America and see the type of words he’s saying about us. It just got to me. It really did. Every week it will be different.”