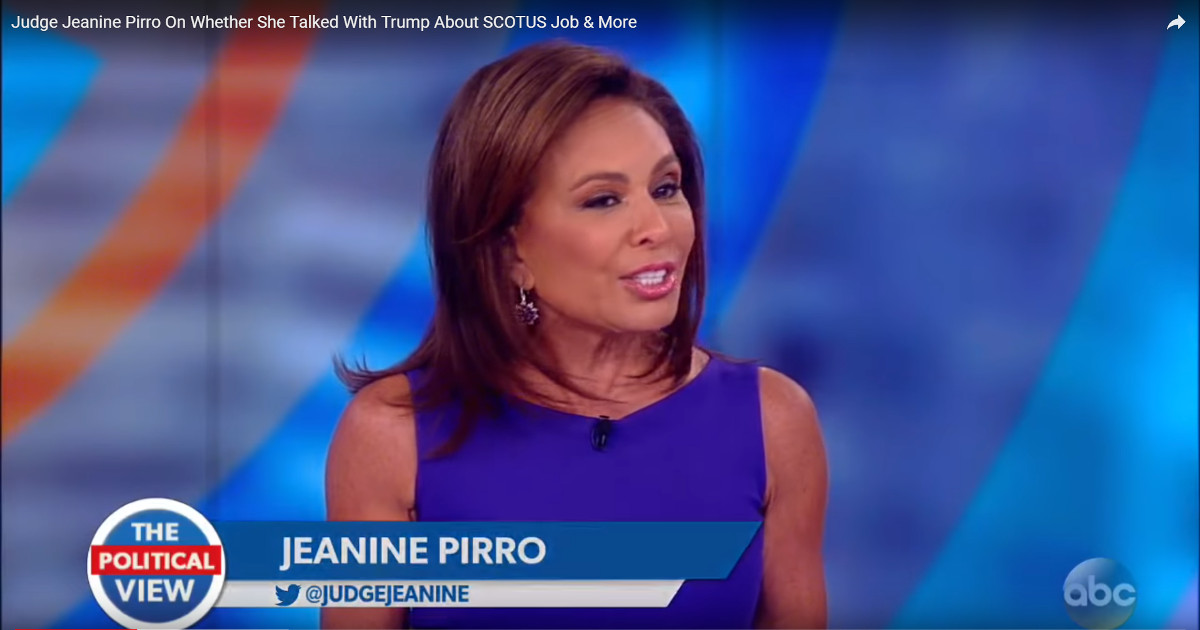 Jeanine Pirro was the first woman judge elected to the Westchester County Court, in New York.

She was also the first female district attorney for Westchester County.

Pirro now serves as a host and legal commentator for Fox News.

Yesterday, Pirro was a New York radio station where she spoke about the corruption on the part of Democrats and that no one is looking at this, only at Trump.

She also said that after over three decades in law enforcement, there is a concerted effort against Trump and that she fully believes that he is being framed for crimes he did not commit.

(The Hill) – Fox News host Jeanine Pirro said Sunday that she believes various forces in Washington have conspired to “frame” President Trump and bog down his administration with scandal and controversy.

“Nobody is looking at the corruption. It’s all one-sided, the corruption on the part of the Democrats,” Pirro told radio host John Catsimatidis in an interview on AM 970 New York. “This president was framed. It’s that simple.”

“I’ve been in law enforcement for over three decades. This guy was framed,” Pirro continued. “The crisscrossing and the incestuous nature of our government in an attempt to prevent the outsider president that we wanted from getting elected is frightening.”

Pirro, a former judge and ardent supporter of Trump, echoed claims the president has made before that he was framed “for crimes he didn’t commit.” ..

In her radio appearance, Pirro lashed out at Attorney General Jeff Sessions.

She told that audience that Sessions lacks prosecutorial fortitude to do anything and that he is hiding.

Not that long ago, Sen. Lindsey Graham (R-SC) warned against firing Sessions.

Yet, last week, Graham said America needs an Attorney General that is able to work with the President and that he relationship between Trump and Sessions is beyond repair.