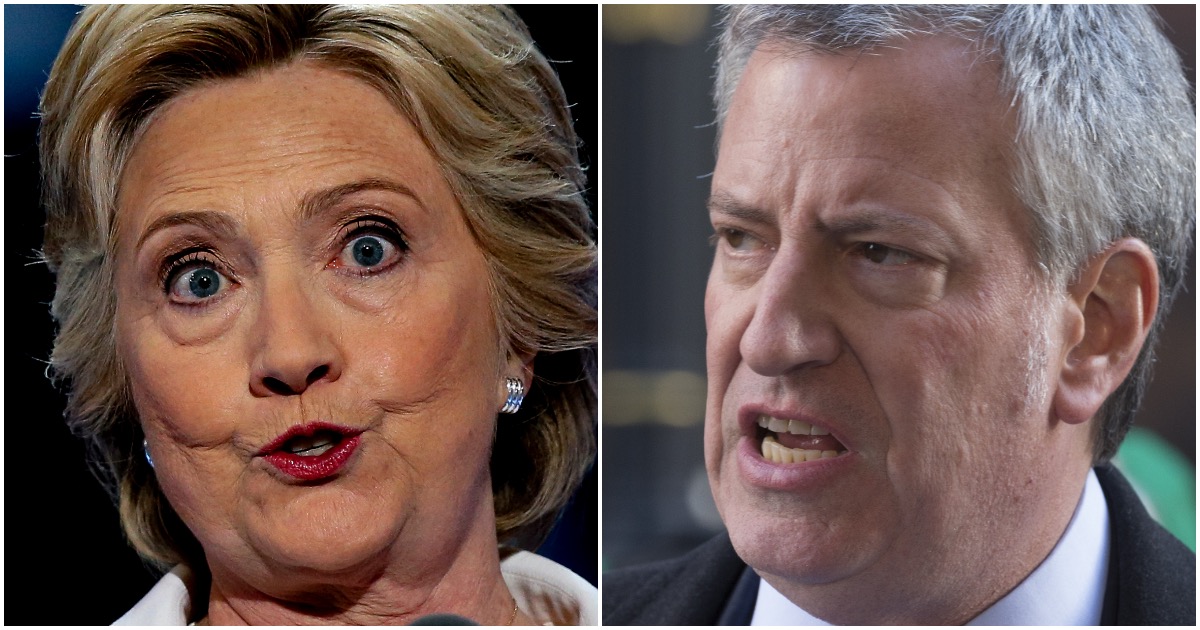 It is not controversial to say that New York City Mayor Bill de Blasio is far-left.

His policies clearly indicate as much.

Newly released emails show De Blasio trashing Hillary Clinton behind her back in the run up to the 2016 presidential election.

New York City’s prickly progressive Mayor de Blasio dissed Hillary Clinton behind her back while waiting six and a half months to endorse her for president in 2015, the New York Post reported.

His cringe-worthy digs were contained in a cache of emails dumped by City Hall last week under court order in response to a Freedom of Information suit, the Post reported.

“Do you get the feeling she needs to start learning to use short declarative sentences???” de Blasio emailed adviser John Del Cecato on June 19, 2015, about an interview where Clinton spoke about her position on the Trans-Pacific Partnership. “She’s even worse than me.”

But the next day, Clinton came out against TPP, and on Oct. 11, her campaign started coordinating with de Blasio on how to roll out his endorsement.

The mayor finally backed her on Oct. 30, once he returned from a trip to Israel, and after services for slain police officer Randolph Holder and the anniversary of Hurricane Sandy.

Clinton included his endorsement in a long list of other mayors backing her, quoting him fourth on an official release, after mayors from Chicago, Philadelphia and Houston.

De Blasio’s cringe-worthy hesitation to endorse Clinton was part of an apparent attempt to boost his own relevancy in the presidential election.

In an explosive new memoir penned by Ken Starr, the former independent counsel details how he nearly brought charges of “indictment on perjury” against the twice-failed presidential candidate.