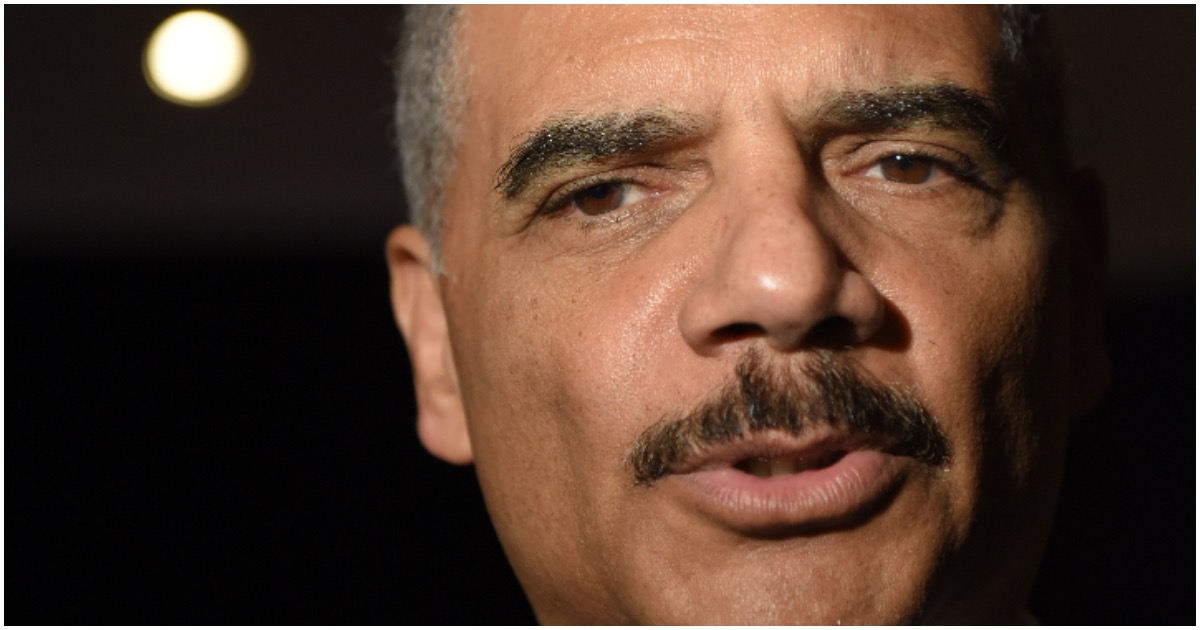 There’s something everyone seems to forget about former Attorney General Eric Holder.

He was the only cabinet-level member in American history to be held in contempt of Congress.

That’s kind of a big deal.

President Donald Trump fired off a quote on Twitter from Fox Business’ Lou Dobbs expressing his frustration with the Jeff Sessions-led DOJ.

“ERIC Holder could be running the Justice Department right now and it would be behaving no differently than it is.” @LouDobbs

That’s when Holder shot back using a four-letter word no former public administrator should say to a sitting commander-in-chief:

This is not a day for the usual unhinged Trump politics. This is a day to remember the innocent Americans we lost and the brave first responders who gave their lives. They’re the best of America and we should honor their sacrifice. https://t.co/vxBP2oZX5e

Really?! My DOJ would and did care. And continue to fight for protections for voting rights, health care, climate, LGBTQ rights, gun safety measures, criminal justice reform. Would stand up to Congressional hacks and for the career people at DOJ. Are you and Crazy Louie nuts? TFA https://t.co/vxBP2oZX5e

Did you catch it?

Trump is “nuts,” according to Eric. He should feel ashamed.

In fact, all Holder’s message does is show the type of people Barack Obama chose to be around him during his presidency.

And why did Holder even mention “gun control measures?” Has he forgotten about Operation ‘Fast & Furious,’ the gun-running operation that resulted in the death of a U.S. border patrol agent?

Holder is now calling for Trump to be kicked out of office, per Breitbart:

Obama-era Attorney General Eric Holder on Tuesday called for members of President Donald Trump’s Cabinet to invoke the 25th Amendment to remove him from office.

[Omarosa]“Manigault Newman described the practice as something like a virtual eye-rolling about the boss, but the assertion comes just days after an anonymous op-ed in The New York Times suggested aides have considered invoking the 25th Amendment’s process of removing the president from office,” reported USA Today.

Rumors have circulated that Holder will run for the Democrat nomination for president in 2020.

Eric Holder is reportedly taking a serious look at a run for the White House in 2020.

White House reporter April Ryan tweeted Thursday that sources close to the Obama-era attorney general told her that he was “seriously considering throwing his hat into the ring for a 2020 presidential bid!”