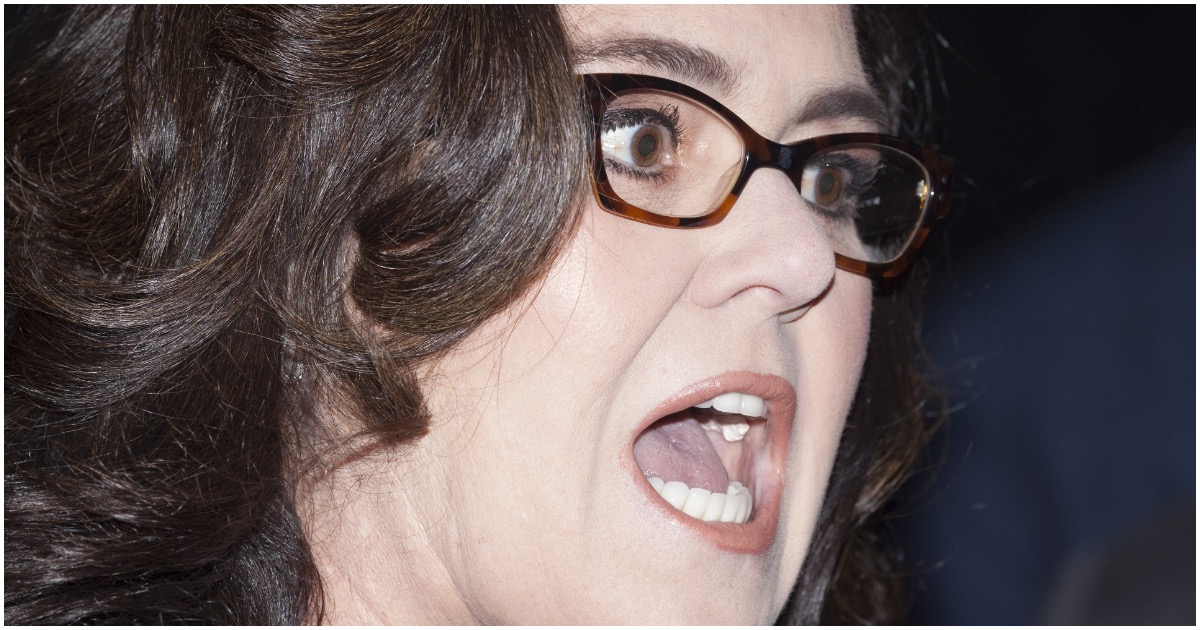 Comedian and vehement anti-Trumper Rosie O’Donnell thought she was sending a clever tweet.

She said some Republicans, namely Senate Judiciary Chairman Chuck Grassley (IA) and Sen. Orrin Hatch (UT) are “too old” and need to retire.

There’s one problem, though, that Rosie forgot to mention.

Diane Feinstein is the oldest member of the Senate.

Guess it's time for Ginsburg, Waters, and Feinstein to go.

Avg age of Dems in Senate higher than Republicans.#FactsMatter https://t.co/NKcurA2VWl

Feinstein is also 85
Maybe @Rosie thinks we should also send senior citizens out into the wilderness to die so they won't be a burden.https://t.co/HqZ1x8HmYw

O’Donnell went after the GOP, but ended up cutting down Congressional leaders from her own party.

Not long ago, Rosie weighed in on Brett Kavanaugh, per Breitbart:

Actress Rosie O’Donnell tweeted Friday that a vote confirming Judge Brett Kavanaugh for the Supreme Court is “a vote to kill women with back alley abortions.”

a vote for kavanaugh is a vote to kill women with back alley abortions – come on collins – stand up for women #StopKanavaugh #WOMEN4WOMEN pic.twitter.com/0aDVFzKG51

Clearly, O’Donnell’s main gripe with Kavanaugh is that she believes he would overturn Roe v. Wade if SCOTUS decided to reopen the case.

Rosie must not be watching the news, as Kavanaugh has stated repeatedly that he believes in judicial precedent.