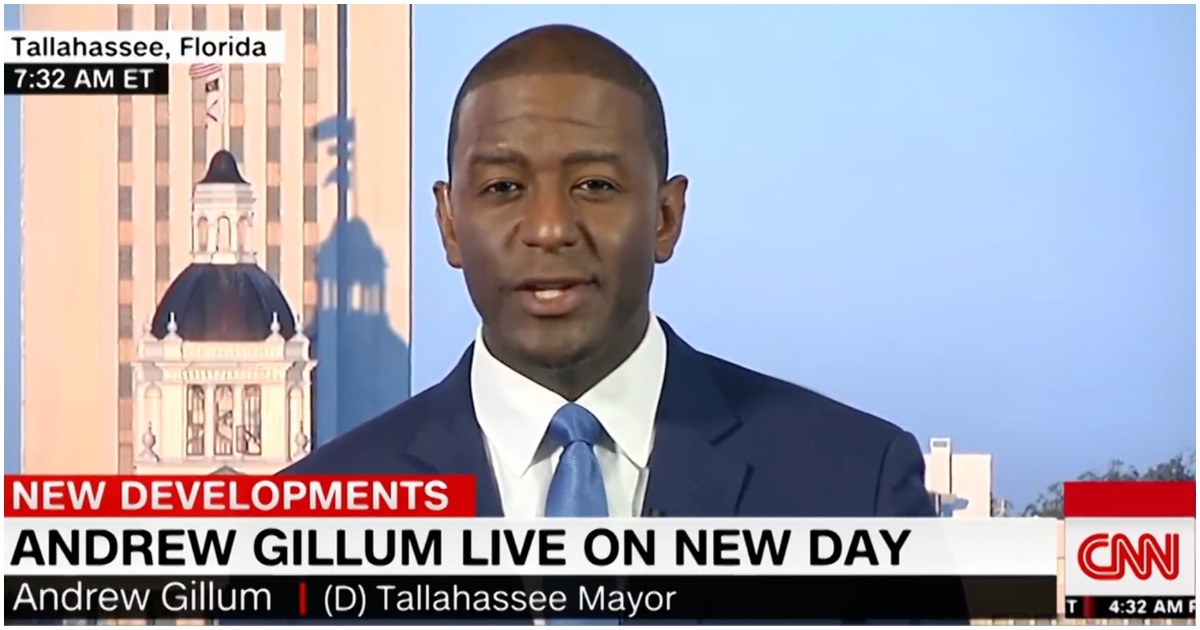 There’s still a solid two months before the general elections in November. In Florida, Republican Congressman Ron DeSantis is battling Democrat Andrew Gillum, mayor of Tallahassee, to become the Sunshine State’s next governor.

DeSantis is backed by President Donald Trump, while Gillum has the support of Democratic Socialist Sen. Bernie Sanders.

While DeSantis may be suffering politically at the moment due to his “monkey this up” comment about his opponent, the liberal Gillum is himself embroiled in a far larger scandal.

Here are the details:

The FBI investigation into whether out-of-town developers were able to influence city development projects has already become fodder for political attacks against the gubernatorial candidate, who won the state’s Democratic primary last week and rose to national prominence because of his historic win and gripping personal story.

“He is embroiled in a lot of corruption scandals,” Rep. Ron DeSantis, Gillum’s Republican opponent, said on Fox News after the primary win. “This guy can’t even run the city of Tallahassee. There is no way Florida voters can entrust him with our entire state.”

Gillum’s level of exposure in the probe remains unclear, though the mayor has long said publicly that the FBI told him he was not a focus of the investigation. His campaign officials have said the same thing and looked to turn the attack back on DeSantis.

“Mayor Gillum is not a subject of the FBI investigation, and he’s committed to rooting out any corruption or wrongdoing in Tallahassee,” said Geoff Burgan, Gillum’s spokesman. “We’re not going to take ethics lectures from Congressman Ron DeSantis, who is marching in lockstep with the most morally, ethically and legally challenged President in American history.”

As of early September, Democrat Gillum leads DeSantis in the polls.

Here’s how the mayor responded to DeSantis’s “monkey this up” comment (which liberal outlets are playing up to make it seem as if DeSantis is a racist who was denigrating Gillum, an African-American), via Fox News.

During an appearance on Fox News, anchor Shepard Smith asked Gillum, who is black, if he considered DeSantis’ comment racist or a figment of speech.

“Well, in the handbook of Donald Trump, they no longer do whistle calls,” Gillum said. “They are now using full bullhorns.”

Gillum, a Bernie Sanders-backed progressive who won Florida’s Democratic gubernatorial primary in an upset on Tuesday, accused DeSantis of “taking a page directly from the campaign manual of Donald Trump” and said he believes Florida voters are “sick” of the division from DeSantis.

What Gillum wants people to believe is that he’s blaming Trump for DeSantis’s comments. The truth, however, may be that Gillum is actually blaming Republicans who voted Trump into the White House.

In other words, he’s blaming voters!

Let us know what you’re thinking in the comment section!