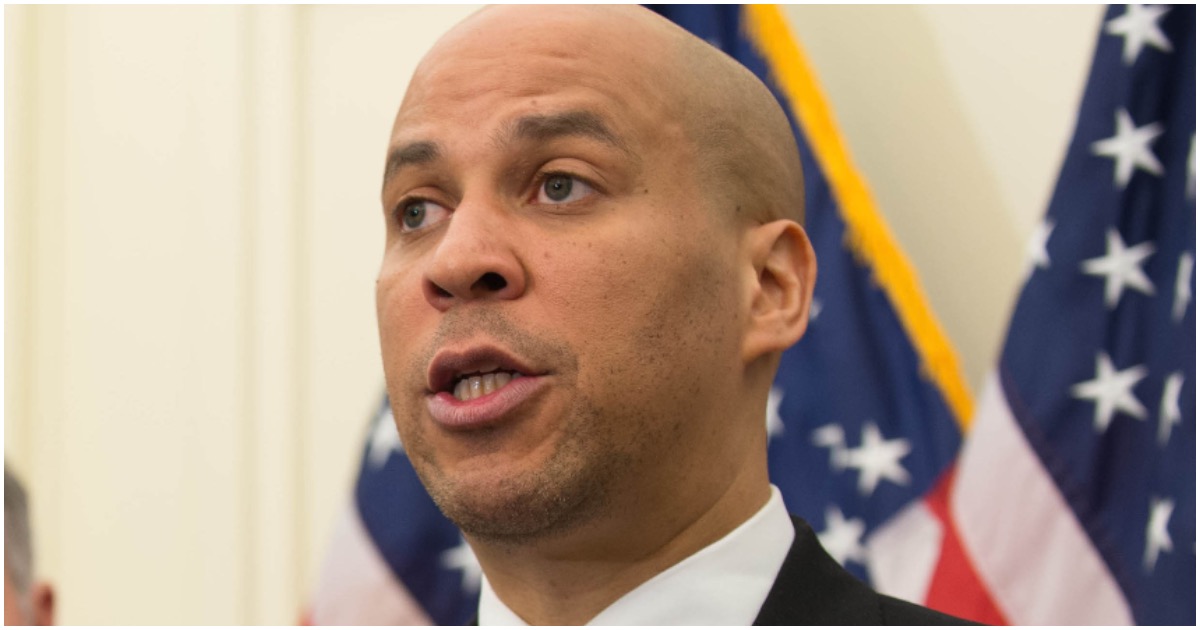 New Jersey Senator Cory Booker is rumored to be a contender for the Democrat nomination for president come 2020.

During the Brett Kavanaugh hearings, Booker did what most potential presidential candidates do by grandstanding and placing the focus on himself.

Booker asked Kavanaugh question after question about why he’s fit to become an associate justice on the Supreme Court.

Yet, what’s weird is that when confronted with a question from a reporter in the halls of Congress, Booker accused his questioner of violating the Constitution.

Sen. Cory Booker accused a reporter of violating the U.S. Constitution after he asked the New Jersey Democrat a question in the halls of Congress on Thursday.

During the Senate Judiciary Committee’s hearing on the Supreme Court nomination of Judge Brett Kavanaugh, Booker threatened to release confidential documents relating to Kavanaugh’s service as a lawyer in the George W. Bush administration.

“I understand the penalty comes with potential ousting from the Senate,” Booker said before releasing Kavanaugh’s old emails, adding, “This is about the closest I’ll probably ever have in my life to an ‘I am Spartacus’ moment.”

After the display, however, the Washington Post reported that the “confidential” emails were already cleared for public release before Booker’s dare, citing both Democratic and Republican aides on the judiciary committee.

Although Booker made it out to be a big deal that he was going to release ‘confidential’ documents related to Kavanaugh (which he admitted could get him ousted from the Senate), it turns out the documents were cleared earlier in the day.

But it turns out the documents Booker “heroically” released, even saying this was his “Spartacus moment,” had already been cleared for publication at 4 a.m. this morning.

Therefore, he didn’t actually break any rules. He was simply grandstanding.