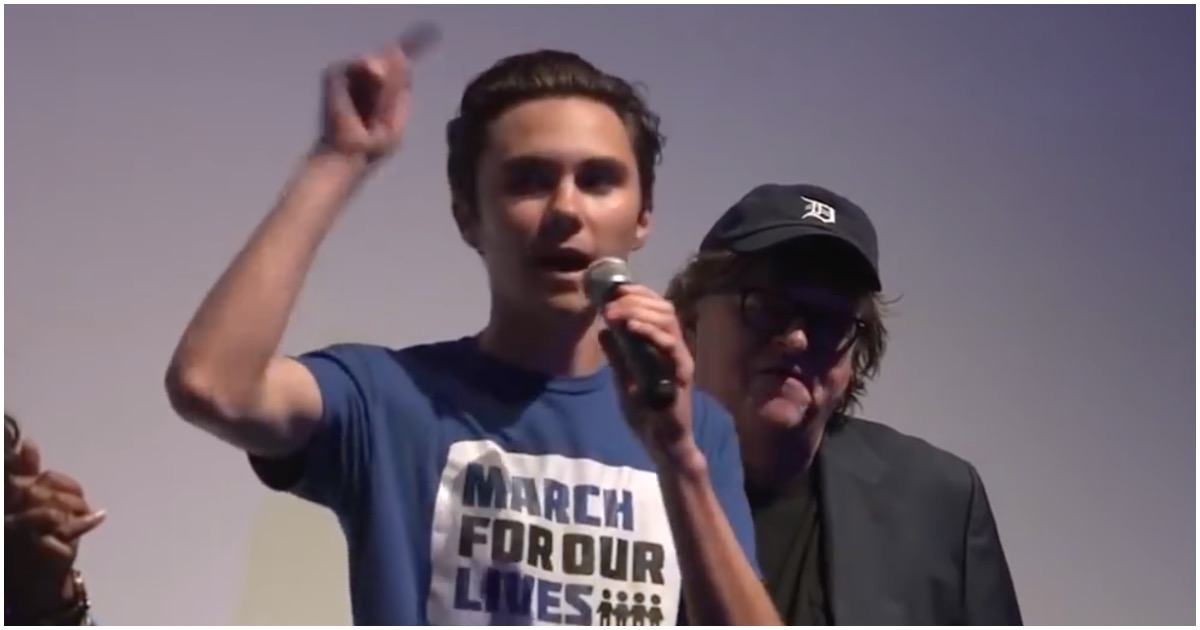 Things went downhill from there for the teenager.

“I have a question for you guys: Who’s ready to save America? Who’s ready to make America the country we say it is on paper and make it the actual country that it wants to be?,” Hogg asked the Canadian crowd. “I think the most important thing to realize, however, is the problems we face as a country, whether it be water in Flint, Michigan or the amount of mass incarceration of people of color that can’t vote.”

That would be a felony.

Moore, a little older and a little wiser, snatched the microphone away from Hogg’s grasp.

Nearly ten minutes later, Hogg was briefly allowed to speak again. He called out to the IRS, which he hoped was watching him speak, and asked them to investigate President Donald Trump for getting “$30 million from Russia via the NRA.”

Hogg has been on a tear as of late, as his most recent flap regarding AR-15s was met with swift backlash from people more knowledgeable than himself.

Hogg was tweeting in response to an exchange on guns between Sen. Dianne Feinstein (D-CA) and Judge Brett Kavanaugh during Kavanaugh’s confirmation hearings before the Senate.

Here’s the scoop, via The Blaze:

“Senator, of course the violence in schools is something we all detest and want to do something about and there’s a lots of efforts, I know underway to make schools safer,” Kavanaugh responded. “I know at my girl’s school they do a lot of things different than what they did just a few years ago, in terms of trying to harden the school and make it safer for everyone.”

“The effective range of an AR-15 is 1600 feet for comparison your typical handgun is 75 feet if you’re shooting somebody from 1600 feet away you’re not defending yourself…,” [Hogg] tweeted, “…you’re hunting.”

Gutowski then posted a video of an AR-15 owner’s story and how it saved his life, hoping Hogg would watch and educate himself.

(1) First things first, hunting is a lawful activity. And if the Second Amendment protection is dependent upon range and stopping power (it isn't), then almost every single hunting rifle must be similarly banned – even bolt actions – for being more accurate and more powerful.

(2) Handguns are more difficult for smaller, less experienced shooters to use effectively past about 6 or 7 yards, and also have significantly less stopping power. Why would I want to be closer to a threat with a less effective means of eliminating that threat?

(3) The Second Amendment is centered on both individual self-defense and on a collective insurance measure of a free people against tyranny. AR-15s are much more effective than handguns for both of those purposes.

(4) Seriously, allow me to take you shooting. You clearly understand very little about firearms, and there's nothing like learning about how they actually work.