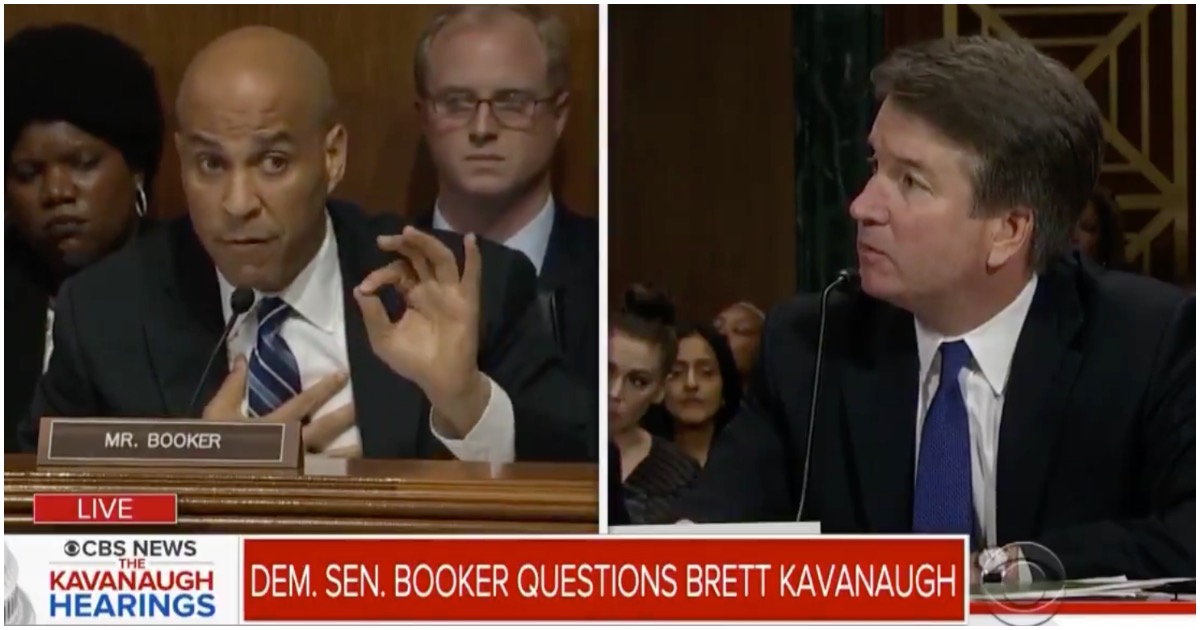 New Jersey Democrat Senator Cory Booker has made quite the attempt to grandstand during the Kavanaugh hearings, as many people expect him to run for president in 2020.

His most interesting line regarding Christine Blasey Ford on Thursday referred to telling “the truth.”

Cory Booker on Dr. Ford to Kavanaugh: "She is not a political pawn. She is not orchestrating. She is not part of the Clinton's efforts to get some kind of revenge. She is a woman who came here with corroborating evidence to tell her truth."

“Her truth” is quite different from the truth.

"She told her truth."

Can someone explain the difference between "the truth" and "her truth" as per Cory Booker's question?

@corybooker “told her truth” again. What the hell is that? There’s truth and not truth. #kavanaugh #KavanaughHearings

Repeat after me. There is no such thing as "his truth" or "her truth" or "their truth." There is simply just: THE TRUTH. Stop this "her/his/their truth" madness! #KavanaughHearings pic.twitter.com/9ELrGCpzRu

Spartacus is flailing with this line of questioning and “her truth” bologna.

Tell HER truth. Not THE truth. Interesting choice of words @CoryBooker

It doesn't matter. According to @CoryBooker there's something called "her truth". Not THE truth…you know…something definitive…but HER truth. What the heck does that even mean?

@CoryBooker is a POS criminal ???? pic.twitter.com/8ZHwIjbeZZ

Brett Kavanaugh accuser Christine Blasey Ford asked for a caffeine hit during her testimony before the Senate Judiciary Committee on Thursday — prompting Sen. Cory Booker to fetch her a coffee, sending Twitter abuzz.

After she finished the statement, the New Jersey Democrat brought a cup of joe to the witness table.

As a constitutional originalist, SCOTUS Justice Clarence Thomas doesn’t have time for the shenanigans that surrounded the Kavanaugh hearings.

During an interview on C-SPAN, Thomas took a shot at Booker, who recently referred to himself as “Spartacus.”

The crowd loved it.

[…] one of the biggest burns of Booker came from sitting Supreme Court Justice Clarence Thomas. Speaking with the Federalist Society, Justice Thomas was asked about the general politicization of the court by politicians and preserving the “legitimacy” of the court.

Thomas scoffed at the question, saying that justices need to be “honest,” and “follow the law.” Thomas then said that the word “honorable” needs to be used more in relation to those in public life. Thomas said “Honorable – if we could use that word about more people who are in public life, people who actually ask the questions at confirmation hearings, instead of ‘Spartacus’…”

From last week, Justice Clarence Thomas: "Honorable – if we could use that word about more people who are in public life, people who actually ask the questions at confirmation hearings, instead of 'Spartacus'…"