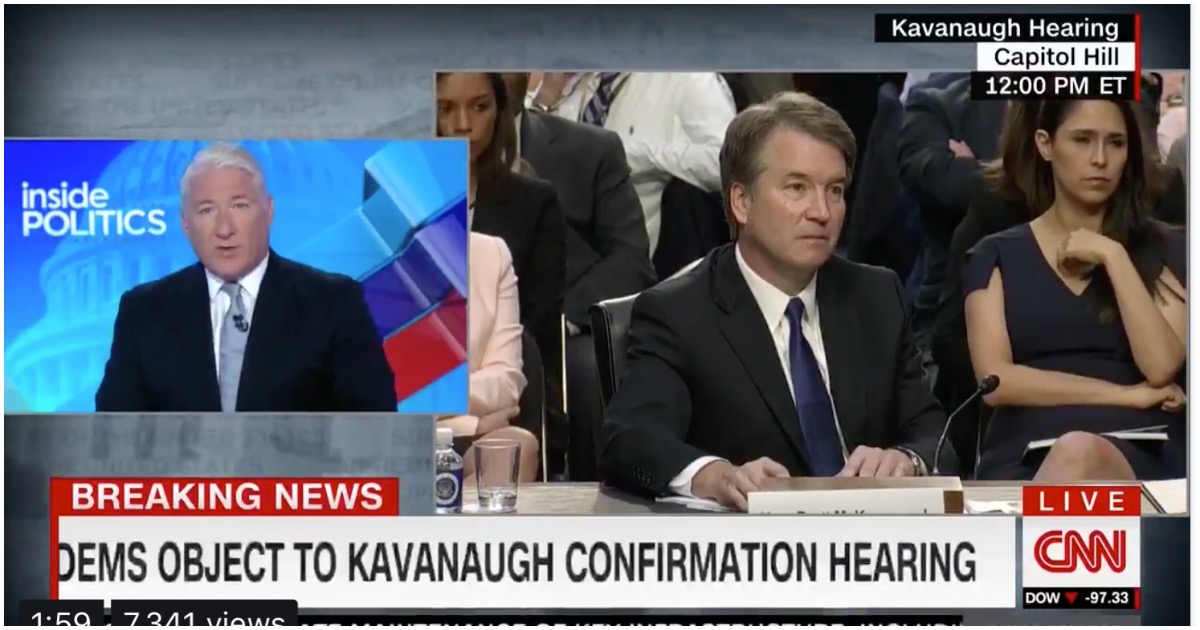 Brett Kavanaugh’s hearings before the Senate have been rife with liberal protesters demanding the judge not be confirmed to the Supreme Court.

A well-known Hollywood actress was actually one of the many arrested for disruption and civil disobedience.

What Democrats aren’t understanding at the moment is that they “don’t have the votes at the end” to stop Kavanaugh from being confirmed, as noted by CNN anchor John King.

The left won’t be happy about this.

More on the Kavanaugh hearing, via Fox News:

Kavanaugh, President Trump’s pick to replace retiring Justice Anthony Kennedy on the Supreme Court, appeared for the second day of his confirmation hearing before the Senate Judiciary Committee. It’s the first day senators have to question Kavanaugh.

Feinstein also asked Kavanaugh about past comments regarding investigations involving a president, a key issue amid the Russia probe that has implicated numerous Trump associates. A staffer held up a sign with a 1999 law review quote from Kavanaugh that said, “If the president were the sole subject of an investigation, I would say no one should be investigating that.”

Kavanaugh said he’s never taken a position on the constitutionality of whether a president should be investigated while in office. He claimed those past comments were about the “balance of a president fighting a war, leading a war, and a president subject to say ordinary civil lawsuits,” like former President Bill Clinton faced.

Kavanaugh, a former lawyer under President George W. Bush, used the hearing to portray himself as an independent judge.

If even CNN knows that Kavanaugh will be confirmed, shouldn’t Congressional Democrats take notice and stop putting on a charade?

Sure, there’s a procedure that must take place. Yet, stalling shouldn’t be option number one.