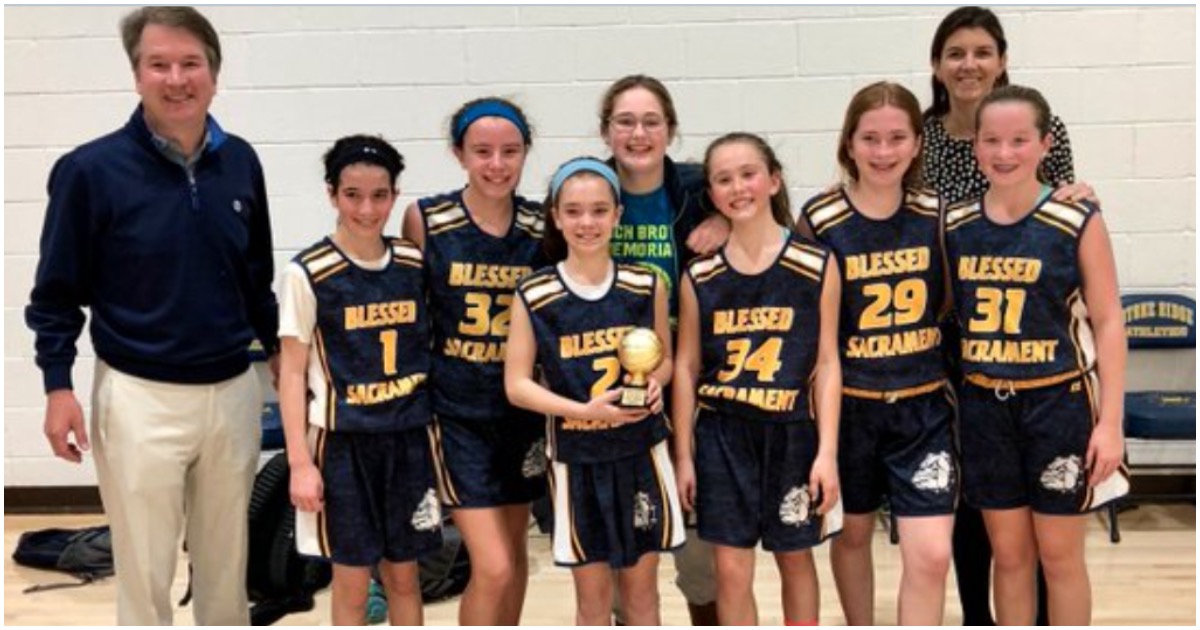 Judge Brett Kavanaugh has been convicted of nothing.

He has undergone six previous FBI background investigations en route to the second most powerful court in the United States, and nothing has turned up negative.

Kavanaugh was an exemplary student in school, graduating from Yale Law and teaching at Harvard Law while a federal judge for 12 years after serving in the Bush 43 administration.

Because one woman claimed he sexually assaulted her 35-years ago, his entire reputation has been tarnished. It’s a shame.

Now, the USA Today has decided to hit rock bottom by painting the judge as a child molester.

From @usatodaysports: "The U.S. Senate may yet confirm Kavanaugh to the Supreme Court, but he should stay off basketball courts for now when kids are around," writes @ByErikBrady . https://t.co/MJ9ZIZExGI

Brett Kavanaugh testified the other day that he might never coach girls’ basketball again.

He shouldn’t – at least not until further investigation has concluded.

The U.S. Senate may yet confirm Kavanaugh to the Supreme Court, but he should stay off basketball courts for now when kids are around…

…Kavanaugh is free to continue coaching in the Catholic Youth Organization and his daughters’ private school in Washington, according to Edward McFadden, spokesperson for the Archdiocese of Washington. He said a coach accused of sexual misconduct would have to go through the full legal process and be convicted before being banned.

McFadden told USA TODAY Sports’ A.J. Perez on Friday that “adult volunteers with extensive contact with children” go through fingerprinting, criminal background checks and training under what is called the VIRTUS program.

“The person is VIRTUS-trained,” McFadden said of Kavanaugh, “and has gone through a background check, which was clean.”

This is a new low–accusing Kavanaugh of being a child molester now, based on absolutely nothing. https://t.co/eBDr9Neavs

This is disgraceful, @usatodaysports. The man was accused of atrocities with no evidence, no corroboration, no proof. He’s undergone 6 FBI investigations in his life. Maybe wait to criminalize someone till you have damn good reason? I’m utterly disgusted. https://t.co/Rk3DeLCEub

#Kavanaugh should sue you for defamation. This is far worse than the Duke Lacrosse case. https://t.co/E5xycLAOjz

.@ByErikBrady, this is disgusting. You’re a gutless punk.

You’ve disgraced yourself with this baseless implication against an innocent man.

In addition, you’ve just trivialized and degraded real victims, and given cover to real offenders. https://t.co/WFCDIqEqyu