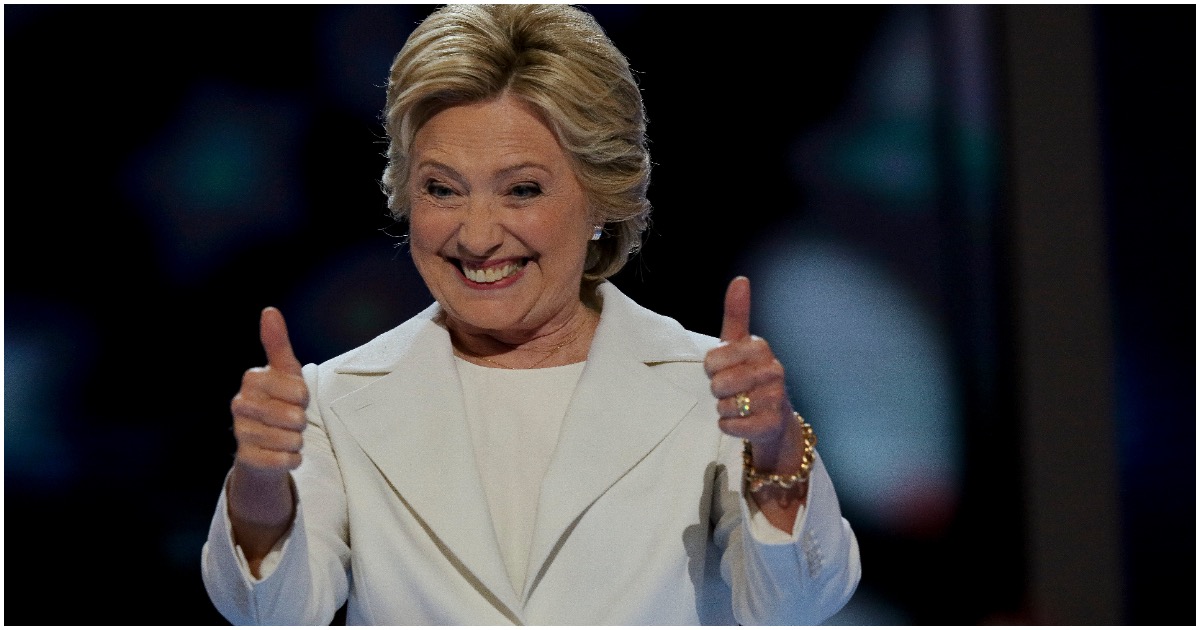 It was previously reported that the Clinton campaign and the Democrat National Committee laundered $84 million in order to avoid campaign finance laws.

Now it is being learned that $150,000 of leftover campaign cash went directly to a company solely owned by Hillary herself.

Interesting, to say the least.

Hillary Clinton’s presidential campaign has transferred nearly $150,000 of leftover campaign funds to a company she solely owns in the months following her election defeat, according to filings with the Federal Election Commission (FEC).

The Clinton campaign has paid $149,457 to ZFS Holdings LLC, since May 2017 for the purpose of “rent,” FEC filings show, but the campaign has left it unclear if it’s paying at, above or below fair market value for the office space it’s renting.

Also, the rent payments to ZFS were sent to the same address as Rorrie Gregorio, Clinton’s personal financial manager.

“Obviously, it has a certain fishiness to it,” former FEC chairman and founder of the Institute for Free Speech Brad Smith told The Daily Caller News Foundation about the rent payments.

If ZFS is undercharging the Clinton campaign for rent, it could “constitute something of value to the committee and would thus be an in-kind contribution,” according to a 1995 FEC ruling. But if ZFS is overcharging the campaign, it could mean campaign funds are going to the company Clinton solely owns.

Using campaign funds for personal use is a violation of federal campaign law. According to Campaigns and Elections, “knowing and willful” violations of the personal use rule can result in prosecution and jail time.

Clinton registered ZFS as a single-member LLC shortly after she left the Department of State in early 2013 for the purpose of managing her speech and book income, according to financial disclosures she filed with the FEC.

In an explosive new memoir penned by Ken Starr, the former independent counsel details how he nearly brought charges of “indictment on perjury” against the twice-failed presidential candidate.

Had Hillary actually been charged with perjury back in the day, there’s a decent chance she never would’ve become a United States Senator from New York.

Nor a secretary of state during Barack Obama’s first term as president.