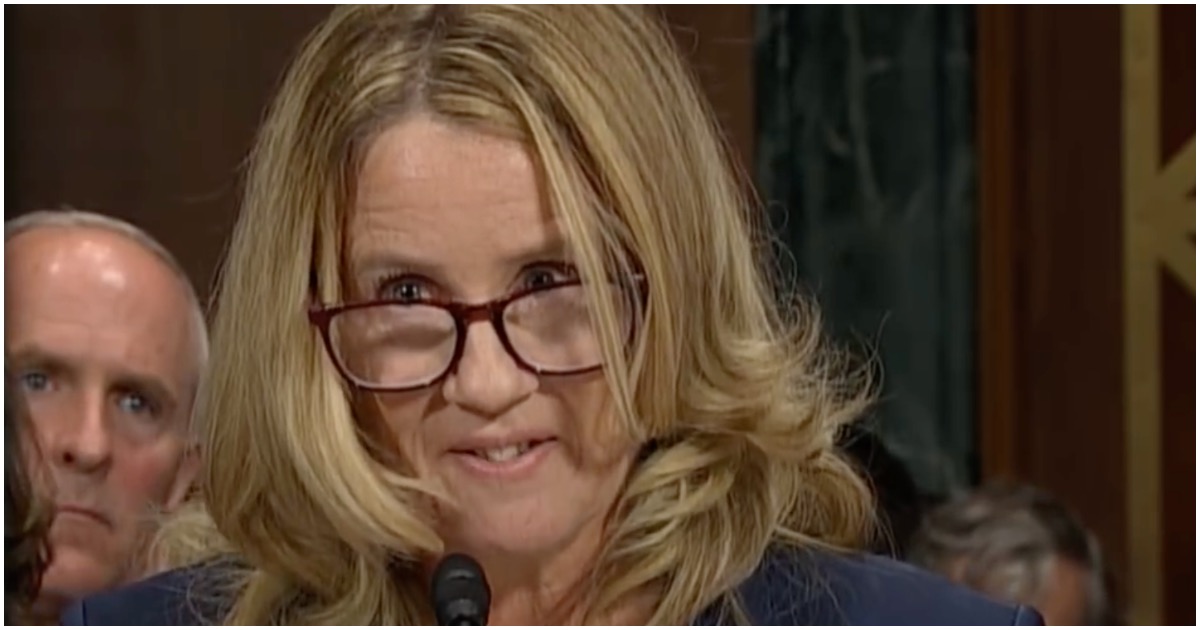 During her testimony before the Senate Judiciary Committee on Thursday, Christine Blasey Ford said she and her husband discussed with a therapist about adding a second front door to their home in 2012.

Because Ford felt “claustrophobic,” a reference to not being able to leave the house at which the alleged sexual assault at the hands of SCOTUS nominee Brett Kavanaugh occurred.

But something isn’t adding up.

LIVE: Ford claims she's not "political" & that reason Kavanaugh first "came up in counseling" in May 2012 was that she & her husband argued over her desire to add "a second front door" to home b/c Kavanaugh had made her "claustrophobic." But there may have been something else …

BREAKING: Palo Alto bldg permit records raise questions about Ford's testimony she completed an “extensive remodel” of home in 2012 & that this was seminal event that led her down path to coming out against Kavanaugh b/c she needed to add an escape door. Permit was issued in 2008

More, responding to the above tweets:

she built an addition on the house that they rent out !!!!! not for safety I pulled the property tax records she even said they use for google interns been verified even shows renters that receive mail at that address

Also, she has a second home in Santa Cruz that she never mentions. She and her husband bought it in 2007. I have the address.

BREAKING: Paul Davis, national coordinator for Housing Works (ACORN), is leading anti-Kavanaugh protestors in a march on Dirksen Friday to "disrupt the vote."

She's also a key organizer of the protests

BREAKING: Protest organizer Paul Davis to anti-Kavanaugh protesters: “The longer we can push it out (Friday's vote), the better chance we have of influencing votes, because right now we have no one. Once it passes committee, it will be extremely hard to stop the nomination."

During her opening remarks before the Senate Judiciary Committee, Christine Blasey Ford claimed her “mind is getting tired.”

She said she doesn’t remember “as much as I’d like to” about the alleged sexual assault by SCOTUS nominee Brett Kavanaugh 36-years ago.

During her opening remarks, Ford admitted, “I don’t have all the answers, and I don’t remember as much as I would like to.”

Christine Blasey Ford: “I don't have all the answers, and I don't remember as much as I would like to. But the details about that night that bring me here today are ones I will never forget” #KavanaughHearings #tictocnews pic.twitter.com/G5HnG4TQTo

#RT @foxnewsradio: Dr. Christine Blasey Ford: “I don’t have all the answers, and I don’t remember as much as I would like to. But the details about that night that bring me here today are the ones I will never forget.” pic.twitter.com/ganznDegzB

My mind is getting a little tired #ChristineBlaseyFord