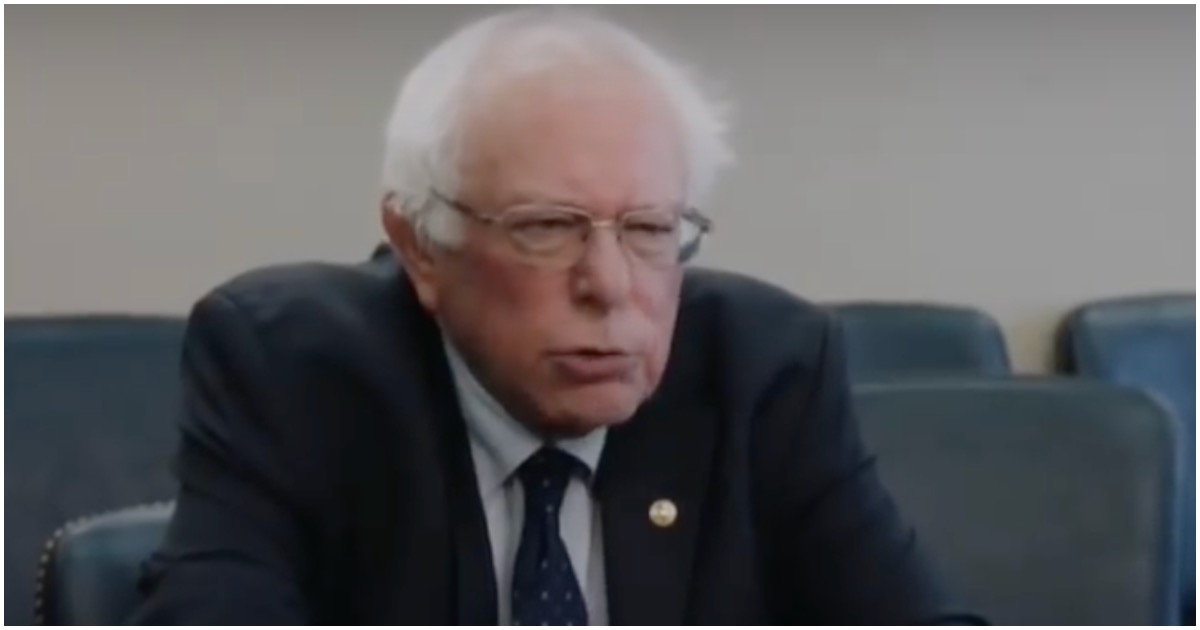 During the interview, Bernie attacked America for “starving little children” and “bombing houses.”

Check out the clip below…

Sen. Bernie Sanders, I-Vt., criticized the U.S. Senate as a body that supports policies to “starve little children” and bomb their houses, but harshly disapproves of using swear words during debate.

He made those points in an interivew with comedian Sarah Silverman, who greeted Sanders excitedly but then cautioned that they should both use “indoor voices.”

“Yes, very calm,” Sanders replied. “We can’t even use dirty words, this is the United States Senate.”

Bernie has continued to remain relevant due to the rise of Democratic Socialism in America, but his latest tweet will have you scratching your head.

We must not only work to end terrorist violence. We must fight the conditions that give rise to it: corruption, authoritarianism, inequality and ethnic and religious hatred.

Independent Sen. Bernie Sanders of Vermont called for the end of corruption Tuesday, saying it gives rise to terrorism, however, he failed to mention the corruption investigation involving Burlington College, where his wife was president.

Jane had reportedly been under federal investigation regarding allegations of bank fraud stemming back to her term as president of Burlington College, a now-defunct private school in Vermont. Jane acquired a $10 million loan to purchase land in 2010, however, she allegedly misrepresented her financial backing in order to obtain the debt.

Burlington College permanently shut its doors in 2016 due to persistent financial difficulties, specifically citing the “crushing weight of the debt” brought about by Jane’s possibly fraudulent loan, reported The Atlantic.

Vermont’s Bernie Sanders is right at the center of another round of speculation about who might gearing up for a run for the 2020 Democratic nomination.

In a New York Times story published Sunday, Alexander Burns and Jonathan Martin write about “a small advance guard of Democrats who appear to be moving deliberately toward challenging President Trump.”

The two writers conclude their list with, “And Senator Bernie Sanders of Vermont, the runner-up in the 2016 primaries, has been acting like a candidate as he considers another race.”

CNN on Saturday published a story that led with, “Sen. Bernie Sanders of Vermont will have a busy next 72 hours as he dives into the Supreme Court fight while stumping for four 2018 candidates in three states,” Minnesota, Wisconsin and Pennsylvania.

If Sanders runs and receives the Democrat nomination, does he defeat Trump?

What are your thoughts?