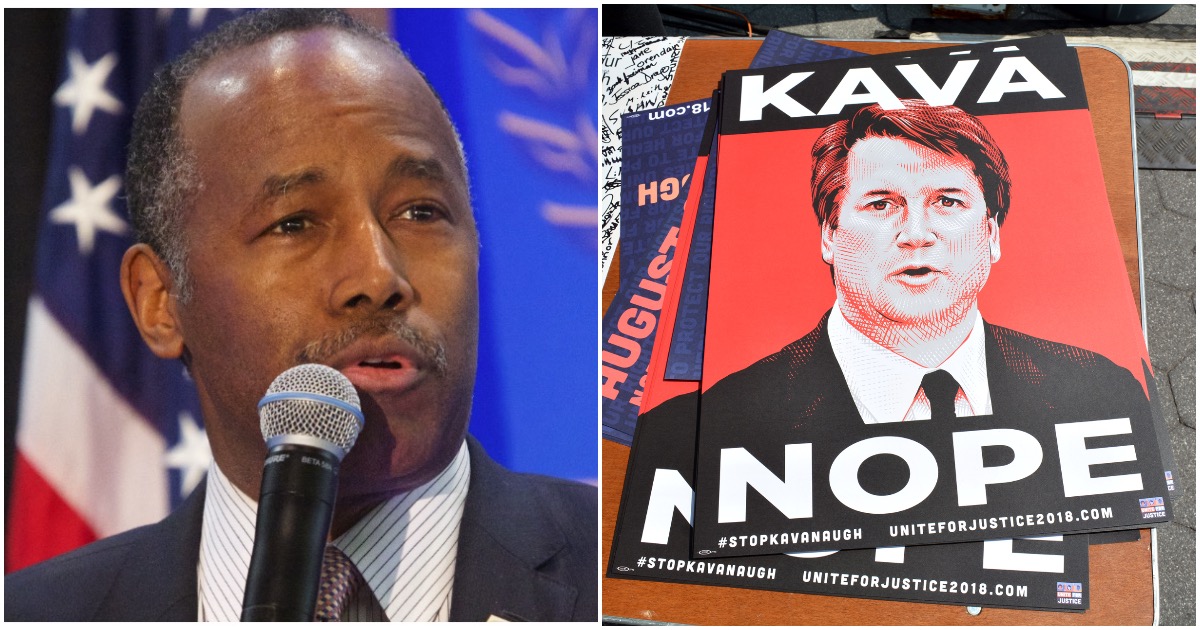 Was a socialist plot behind the smearing of Judge Brett Kavanaugh?

He just dropped a bomb!

The former neurosurgeon, who was appointed secretary of urban housing and development in March 2017, blamed the controversy over Kavanaugh’s nomination on people who want to ‘fundamentally change this country’.

‘They don’t like what America is and what it represents, and they want to change us to another system,’ he said.

‘In order to do that, there are three things they must control: the education system, the media, and the courts. The first two of those they have.

‘The other they thought they had, but it was snatched out from under their noses in November of 2016.’

Carson’s note may be legitimate.

Katz has also been a longtime financial supporter of Democrats, according to Open Secrets. She donated more than $8,000 to both former President Barack Obama’s presidential campaigns.

At an event to raise money for Hillary Clinton’s presidential campaign in 2015, Katz is credited with raising $29,000.