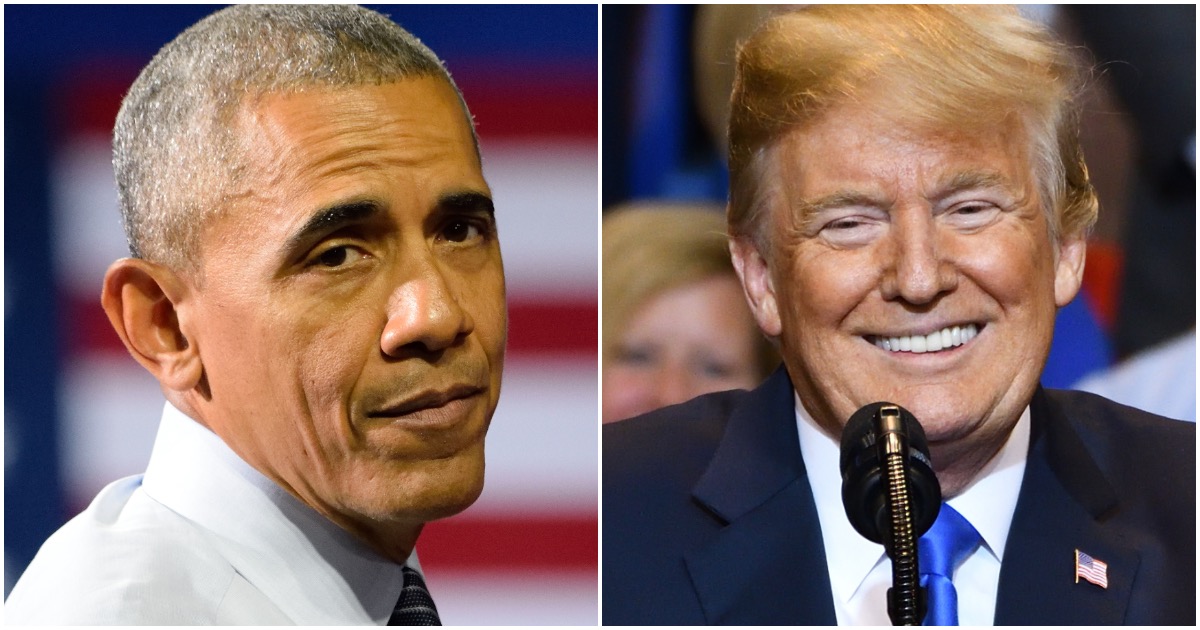 If President Donald Trump got paid to criticize Barack Obama, he’d probably have many more billions to his name.

Before heading to bed on Friday night, 45 took a shot at 44 and the “fake news media” as only he could.

When President Obama said that he has been to “57 States,” very little mention in Fake News Media. Can you imagine if I said that…story of the year! @IngrahamAngle

‘Story of the year!’

The Failing New York Times would have never slandered Obama! That’s a testament to how good of a job that Donald Trump is doing as president! He is making America great again and keeping us all safe from Hurricane Florence! Keep up the good work Mr. President! Vote #Trump2020????????

OBAMA WILL GO DOWN AS THE WORST POTUS IN HISTORY! pic.twitter.com/f7oFcRgKBC

Vice President Dan Quayle was virtually laughed out of Washington for misspelling potato back in 1992, yet Barack Obama made a more elementary flub when, during the 2008 campaign, he said: “I’ve now been in 57 states-I think one left to go.

The smirk is the typical Obama recovery, pretending that he is in on some joke that he is not. The technique is similar to the way Obama convinces people he’s more intelligent than he is, by simply nodding along and saying they have a good point.

On one level, Obama simply misspoke, which we all do. He started to say “fifty states”, then realized that wasn’t accurate. He finished the sentence by what he thought was saying he’d been in forty-seven states, with one left to go to visit all lower 48. Yet he was too arrogant to think the crowd was laughing at him over missing one word out of the thousands he had already spoken.

And we can tell he is not in on the joke because the correction he tries to make is explaining, to what he sees as a dim-wittted crowd, that it was 48 states in total, not 50, because he was not allowed by his handlers to go to Alaska and Hawaii. He then catches himself admitting that it is David Axelrod and not Barack Obama who is in control of the campaign, and says “I really wanted to visit but my staff would not, uh, justify it”. That is, he could not justify it to his handlers.

More precisely, Obama had a moment in which he could have searched his own short-term auditory memory for some mistake on his own part. Failing that, he could have turned aside to an aide and discovered his mistake, corrected himself quickly, and moved on. But he failed to do either, because he never admits failure. So he pretended to be in on the joke. As usual when a person does that, he wound up looking like a worse fool than if he’d just asked what the joke was in the first place.