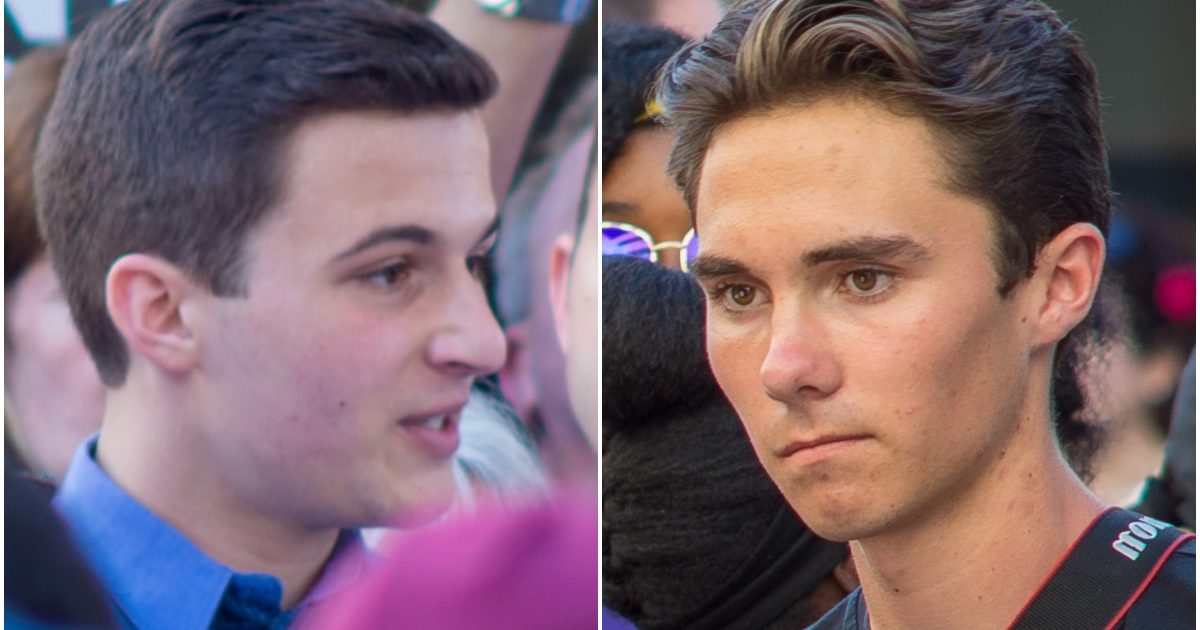 David Hogg, Emma Gonzalez, and Cameron Kasky were all survivors of the Valentine’s day school shooting in Parkland, Florida.

All three became famous for their anti-gun stances.

Now, Kasky, one of the founders of the “March for Our Lives” event that took place in Washington DC, says he is quitting the group.

In a stunning turn of events, Kasky notes that he made a lot of mistakes along the way.

March For Our Lives co-founder Cameron Kasky told Fox News radio on Wednesday that he has left the organization that he helped create and that he has regrets about some of the things that he has said since he entered the public spotlight.

Kasky told Fox News Radio’s Guy Benson and Marie Harf: “I’m very regretful of a lot of the mistakes that I’ve made along the way.”

“One of the things I never really did was watch myself,” Kasky said. “If I was on a screen I kind of tried to run away from it. I’m not entirely sure why. But, looking back on that it’s like you said, you touched off on this very well in the intro, I’m not going to kick myself for it because I’m 17. Despite the fact that I thought I did at the time, I don’t know everything.”

On his plans going forward: This summer when March For Our Lives went on the summer tour that we embarked on I met that person in Texas whose got that semi-automatic weapon because that’s how they like to protect their family. I met the 50 some odd percent of woman who are pro-life, even though I thought it was preposterous that a woman could be pro-life and not pro-choice at the time. I learned that a lot of our issues politically come from a lack of understanding of other perspectives and also the fact that so often young conservatives and young liberals will go into debate, like I said earlier, trying to beat the other one as oppose to come to an agreement…I’m working on some efforts to encourage bipartisanship or at least discussion that is productive and help a lot of people avoid the mistakes that I made.

On his new podcast “Cameron Knows Nothing”: My whole message is I was dropped up as an expert. The whole message was these kids are the real experts. Look, I have some very intelligent friends. Some friends who can intellectually run circles around me, but I’m not the expert in pretty much anything.

At least Cameron has the wherewithal to admit he goofed up.

Now, he can focus on what really matters.

After all, the kid is still only a teenager.