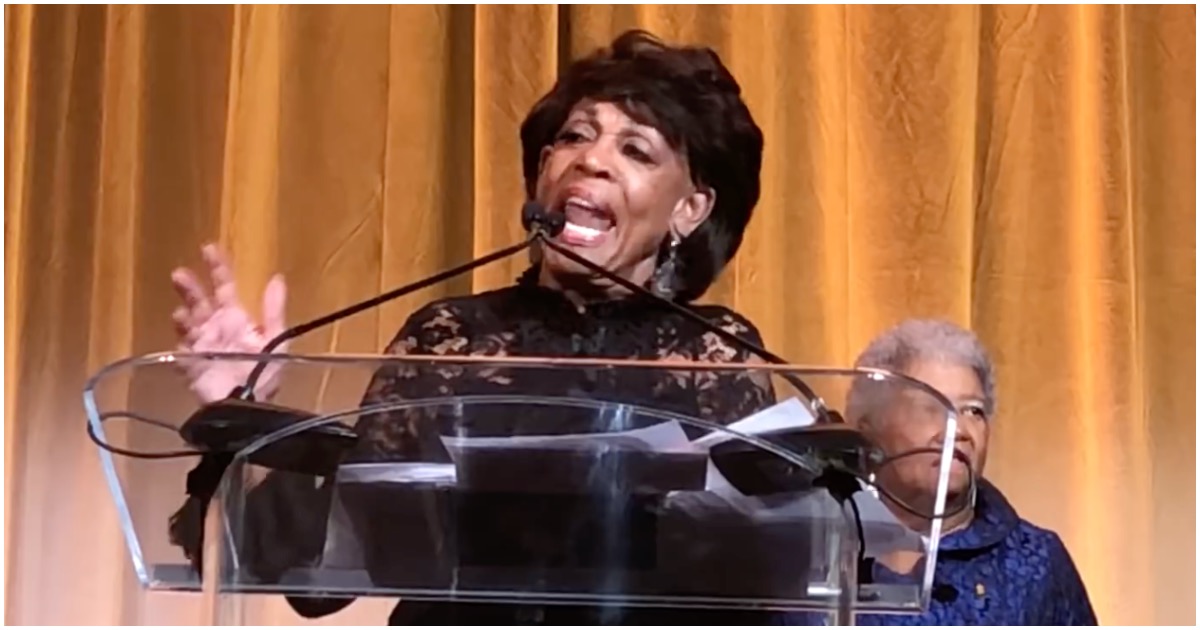 California candidate Rudy Peters was attacked by a man with a switchblade.

That’s not to mention all the times Trump officials have been harassed on the streets, such as the case involving Press Secretary Sarah Sanders at a restaurant in Virginia.

And yet, Democrat Rep. Maxine Waters (CA) refuses to pump the brakes by continuing to call for lefties to “knock off” Republicans.

Congresswoman Maxine Waters (D-CA) took her calls for violence against the President to the next level this weekend and encouraged the resistance to “knock off” Trump.

Maxine Waters accepted a ‘Diversity’ award in Washington DC this weekend when she went on a warpath against President Trump and Vice President Mike Pence.

In a different speech, Maxine proudly boasted of threatening supporters of President Trump “all the time.”

At one point in the 20-minute speech, she bragged about threatening Trump supporters.

“I did not threaten his constituents, his supporters. I do that all the time, but I didn’t do it that time,” she said.

You may remember earlier this year when Maxine called for liberals to confront Trump officials in public places, per The Hill:

“I have no sympathy for these people that are in this administration who know it is wrong what they’re doing on so many fronts but they tend to not want to confront this president,” Waters said at a Los Angeles rally on Saturday.

Waters’s call comes as the Trump administration faces major backlash over the handling of its “zero tolerance” immigration policy, which has resulted in the separation of immigrant families.

Waters was recently hit with an FEC complaint, via Fox News:

Democratic Rep. Maxine Waters, one of the most outspoken members of the anti-Trump ‘resistance’ in Congress, is facing fresh questions about a longstanding controversy regarding how her campaign raises money and how those funds have flowed to her daughter.

The California congresswoman has raised hundreds of thousands of dollars each election cycle from some of her state’s biggest politicians paying to be listed on her slate mailers—sample ballots traditionally mailed out to about 200,000 voters in Los Angeles highlighting whom she supports.

Since 2004, the campaign in turn reportedly has paid $750,000 to the congresswoman’s daughter, Karen Waters, or her public relations firm Progressive Connections for help producing them.

A government watchdog in July filed the first of two complaints with the Federal Election Commission asking for a full audit of the Citizens for Waters campaign.

The conservative National Legal and Policy Center is still drafting a second broader complaint focusing on the sources of money going to the Waters campaign and flowing to her daughter—and the accuracy of campaign finance reports, said Tom Anderson, director of the group’s government integrity project.

Radical rhetoric like that seen from Waters is not helping to heal the divide in America.