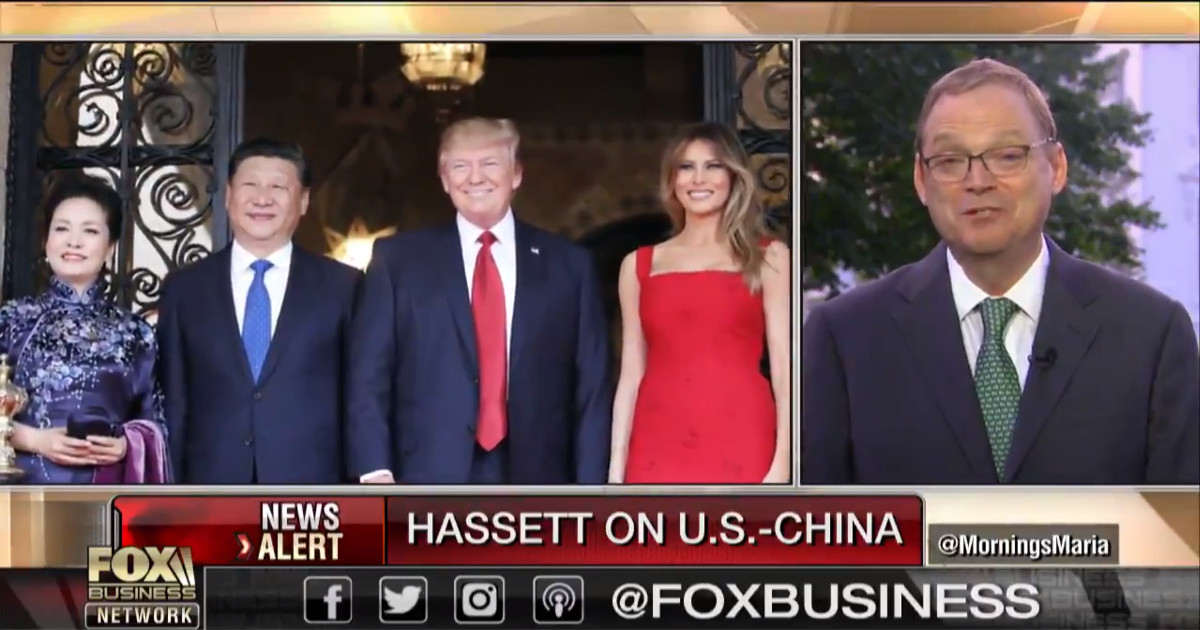 In 1994, 124 counties signed the Marrakesh Agreement and in 1995, the World Trade Organization was officially established with its headquarters in Geneva, Switzerland. The purpose is to help regulate international trade.

The problem is, the WTO has not done its part in upholding trade rules and regulations and this lack of action has not escaped the attention of the Trump administration.

Monday morning, Kevin Hassett, Chairman of the White House Council of Economic Advisers rocked the international world when he urged the US and other member nations to kick China out of the World Trade Organization until they start abiding by the rules.

(Washington Examiner) – The chairman of the White House Council of Economic Advisers suggested Monday that the U.S. and other members of the World Trade Organization may have to kick China out of the world trade body if it doesn’t start playing by the rules.

Kevin Hassett said China for too long has flouted intellectual property rights rules, and said it could find itself outside the WTO if it doesn’t start respecting those rules.

“China really needs to make up its mind,” Hassett said on Fox Business News. “Do they want to be in the community of nations, do they want to be part of the WTO and just behave like everybody else, or don’t they?”

“And if they don’t, then we, the community of nations, are going to have to think about what are we going to do about that?” he asked. “Are we going to let them stay in the WTO?” …

Combined with the tariffs President Trump has imposed on China, being evicted from the World Trade Organization could be financially disastrous for China. It might work the same way as sanctions often do in holding a nation accountable for their wrong actions and in the long run, hopefully bring them to doing the right thing.