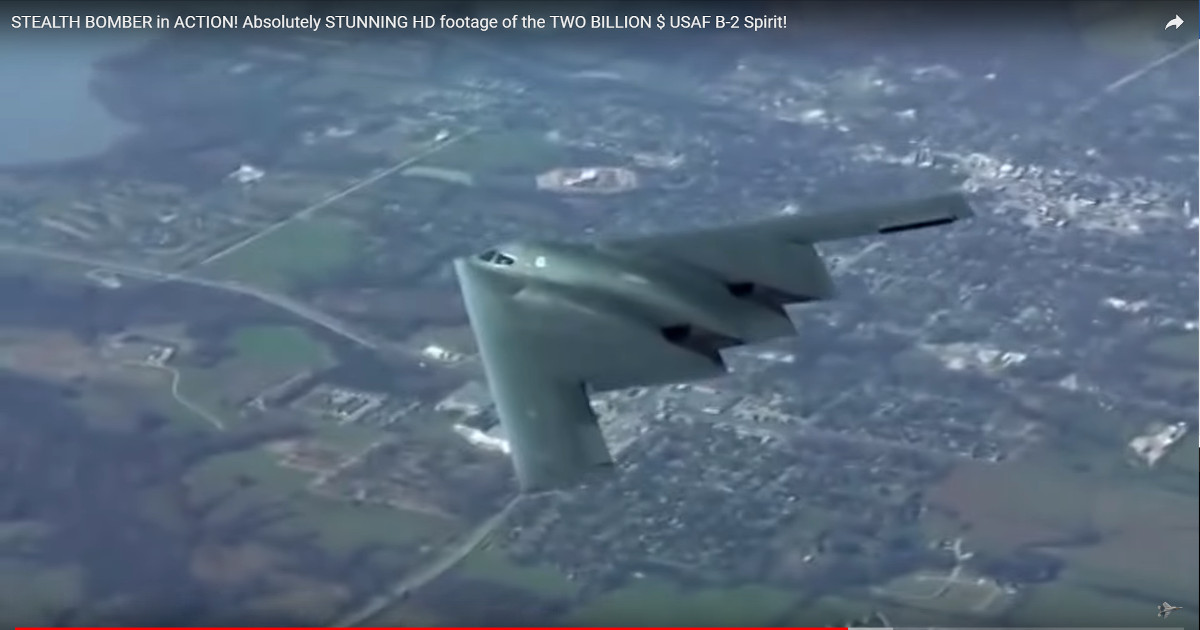 No one wants a nuclear war. It would result in the deaths of millions of people and leave long-lasting negative effects on the areas.

A year ago, many feared that President Trump would get the US into a nuclear war with North Korea, but just when it seemed that Kim Jong-un was ready to hit the button, he changed him mind and opened talks with Trump and the US.

Regardless of the threat, the US military is always trying to modernize their weaponry and that includes the nukes.

Recently, the Air Force test dropped a B61012 nuclear bomb with multiple options from a B-2 Stealth bomber.

The Air Force’s B-2 Stealth bomber has test-dropped an upgraded, multi-function B61-12 nuclear bomb which improves accuracy, integrates various attack options into a single bomb and changes the strategic landscape with regard to nuclear weapons mission possibilities.

“The updated weapon will include improved safety, security and reliability,” Cronin said.

Such testing is necessary not just for war but for peace.

The better prepared and able America is, the less likely a nation like North Korea or Iran would launch a nuclear attack on the US.

Hearing about the test of the nuke bomb with the B2 stealth bomber is great.