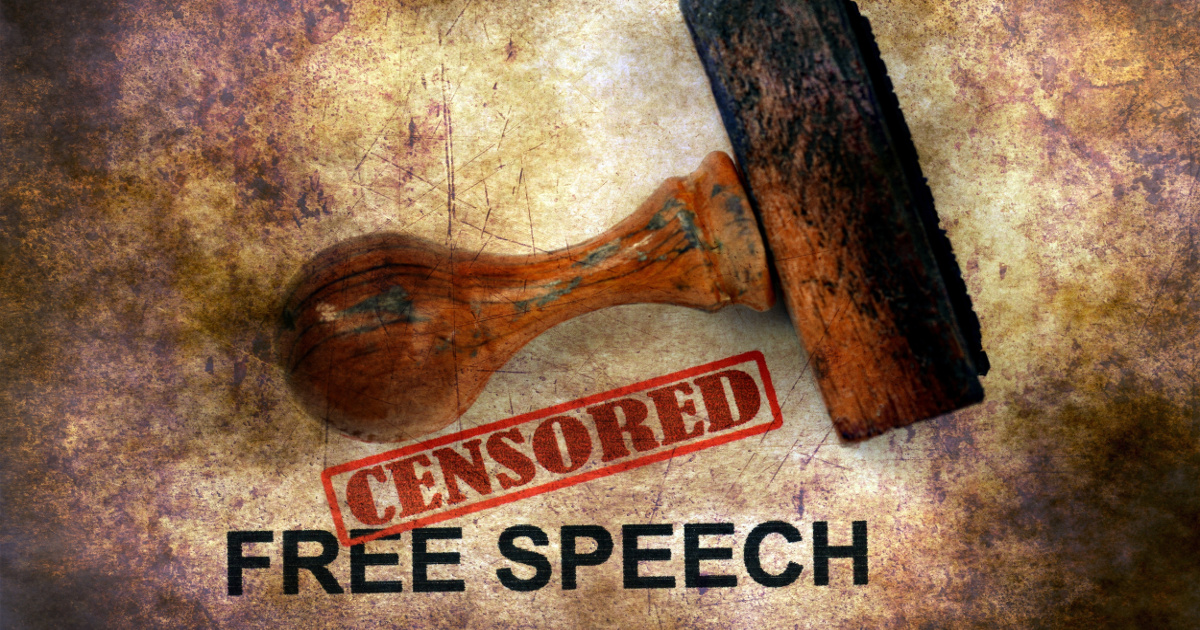 As some members of Congress have been looking into the First Amendment violations and discrimination of conservatives, it seems that the tech giants of Silicone Valley have amped up their attacks on anyone who holds a different political view than the liberally and socialist run internet sites.

A number of my colleagues have had some of their sites and pages on various social media platforms banned from time to time, but most of the bans have been temporary. Many have happened suddenly and without warning.

In what appears to be a concerted effort among the tech giants to silence and kill InfoWars and Alex Jones, the internet is buzzing with a number of questions as to why, but so far, no one is sufficiently answering those questions.

(Breitbart) – Even though the internet is aflame with controversy over the coordinated purge of Alex Jones and InfoWars from Facebook, YouTube, Spotify, and  Apple, there is no real transparency over their decision and the process by which it was made.

Alex Jones and InfoWars have been top Twitter trends for hours, and even some left-wing journalists like Michael Tracey are decrying Silicon Valley’s Masters of the Universe appointing themselves the arbiters of free speech on the web.

But Apple, Facebook, Spotify, and YouTube have offered, at most, only copy and paste explanations for why they banned InfoWars content from their platforms — or why, after months of pressure from the Democrats and CNN, they all came to the same decision on the same day. Questions about transparency have a much broader scope that just the case of InfoWars and Alex Jones. Beyond the banning of other individuals such as Tommy Robinson, the same questions apply to a whole host of actions by the Masters of the Universe, including partnering with foreign governments to shut down accounts, shadowbanning users to limit the scope of their engagement, and mass user purges…

Unless Congress and/or federal courts step in, the tech giants will continue to target conservatives and do their best to silence them and put them out of business by cutting off their needed avenues of generating enough revenue to keep their sites running. They are quick to defend the First Amendment rights of liberals and socialists, but they will not tolerate anyone else exercising their rights. One question everyone is asking is who will be next?

Do we really want government oversight? That is the real question that we need to discuss.