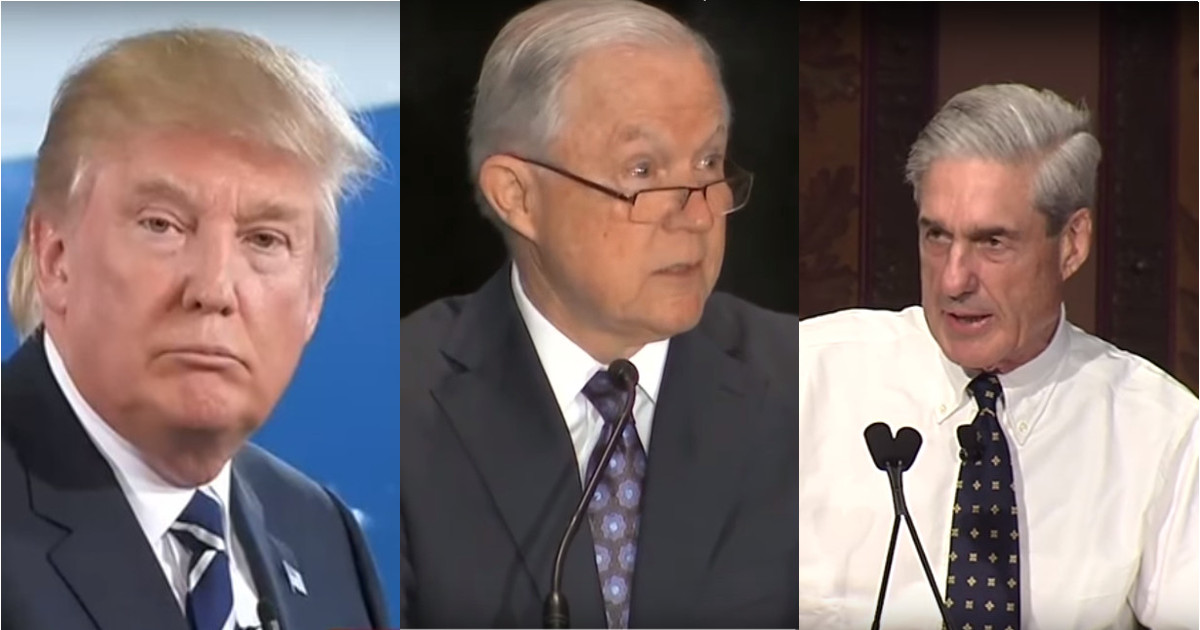 Is the end of the Robert Mueller special counsel investigation finally about to end? The investigation, demanded by Democrats and RINOs, began in May 2017. After 14 months of intense investigation and scrutiny, Mueller has found not a single shred of evidence to indicate that Donald Trump or his campaign were colluded with Russia to influence the election. For 14 months, Robert Mueller has been getting a fat paycheck, paid for with OUR tax dollars, to conduct his witch hunt in hopes of removing Trump from office.

Ever hear of the expression of beating a dead horse to make it run? That’s what many believe Mueller has been doing and Trump has had enough as he demanded that Attorney General Jeff Sessions end the witch hunt now.

“FBI Agent Peter Strzok (on the Mueller team) should have recused himself on day one. He was out to STOP THE ELECTION OF DONALD TRUMP. He needed an insurance policy. Those are illegal, improper goals, trying to influence the Election. He should never, ever been allowed to……..

…..remain in the FBI while he himself was being investigated. This is a real issue. It won’t go into a Mueller Report because Mueller is going to protect these guys. Mueller has an interest in creating the illusion of objectivity around his investigation.” ALAN DERSHOWITZ….

If I were Trump, I would tell Mueller to either put up or shut up, shut down and go home. It’s time Mueller stops wasting taxpayer money and end the charade that is only hurting America. He also needs to get an Attorney General who will begin prosecuting Democrats for all of their collusion and illegal activities before and after the election. It’s time they face the fire for their crimes.