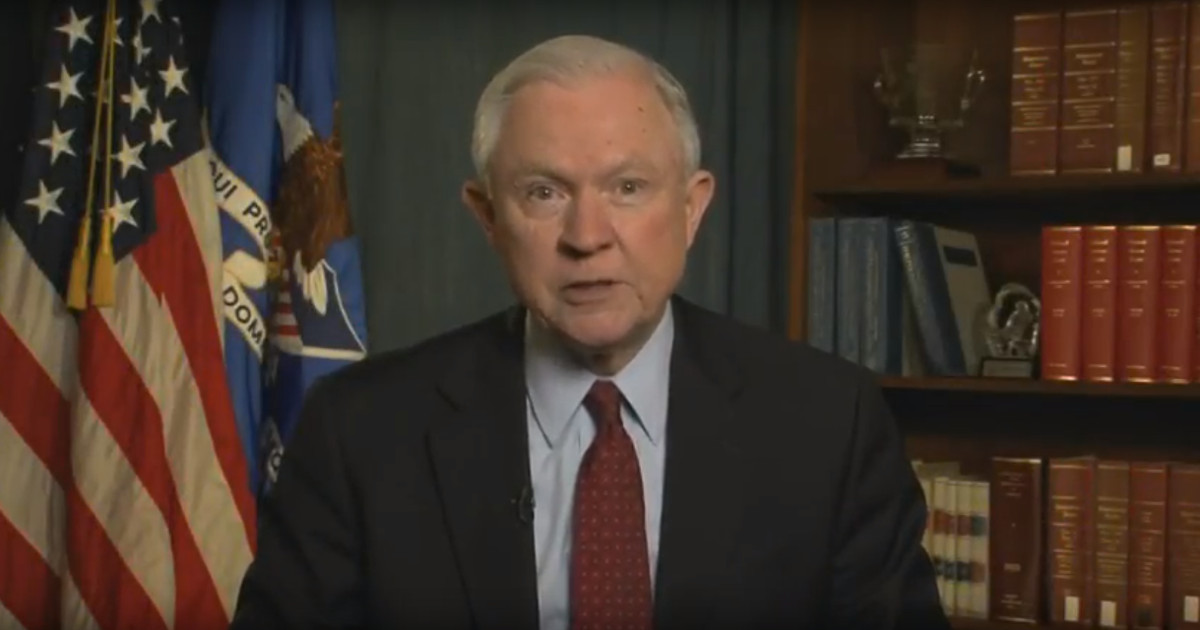 There is no doubt in anyone’s mind that President Donald Trump has regretted nominating Jeff Sessions to be his Attorney General.

It wasn’t long after Sessions was sworn in as the nation’s 84th Attorney General, he shocked Trump and most of conservative America by recusing himself from any investigation involving Russia.

Since that time, Congress has made numerous requests of the Department of Justice for documents pertaining to their various investigations and in most instances, forces within the DOJ have stonewalled the congressional requests.

The stonewalling has been a major source of frustration for many members of Congress and obviously for Trump.

In an interview, Trump stated that Sessions has never taken full control of the DOJ and has been missing in action and that he is ready to order the DOJ to fulfil all of the requests from Congress.

(The National Sentinel) – Shortly after POTUS Donald Trump was inaugurated, his attorney general, Jeff Sessions, foolishly recused himself from the “Russian collusion” investigation, leaving the Obama Deep State free to undermine the president at every turn.

Sessions’ recusal left Deputy AG Rod Rosenstein in charge of the bogus “Russia” probe, leaving him free to appoint Robert Mueller as special counsel despite the factthat no crime by the Trump campaign had been alleged and no intelligence pointed to Russian collusion.

Now, finally, after nearly two years of Justice Department undermining and stonewalling legitimate congressional and other investigative attempts to get to the bottom of a multitude of Obama-era scandals (Spygate being the biggest, and the FBI’s pathetic ‘investigation’ into Hillary’s mishandling of classified emails being another) POTUS Trump is prepared to bypass Sessions and order the DoJ to comply with all congressional requests for documents.

That revelation comes from Fox News host Ainsley Earhardt, who has just sat down for a lengthy interview with the president, Lifezette reported: …

Frankly, if I were Trump, I would fire Sessions and replace him with someone who has the fortitude to take charge of the DOJ.

The replacement should determine who the stonewallers are and then get rid of them.

Then the replacement needs to start formal investigations into many of the allegations that have surfaced over the past year and half that implicate a number of top ranking Democrats and organizations associated with the Democrats.

Then the replacement needs to have the sense of duty to bring charges against all who were found to have violated any laws, just like what Mueller is doing to Trump’s people.