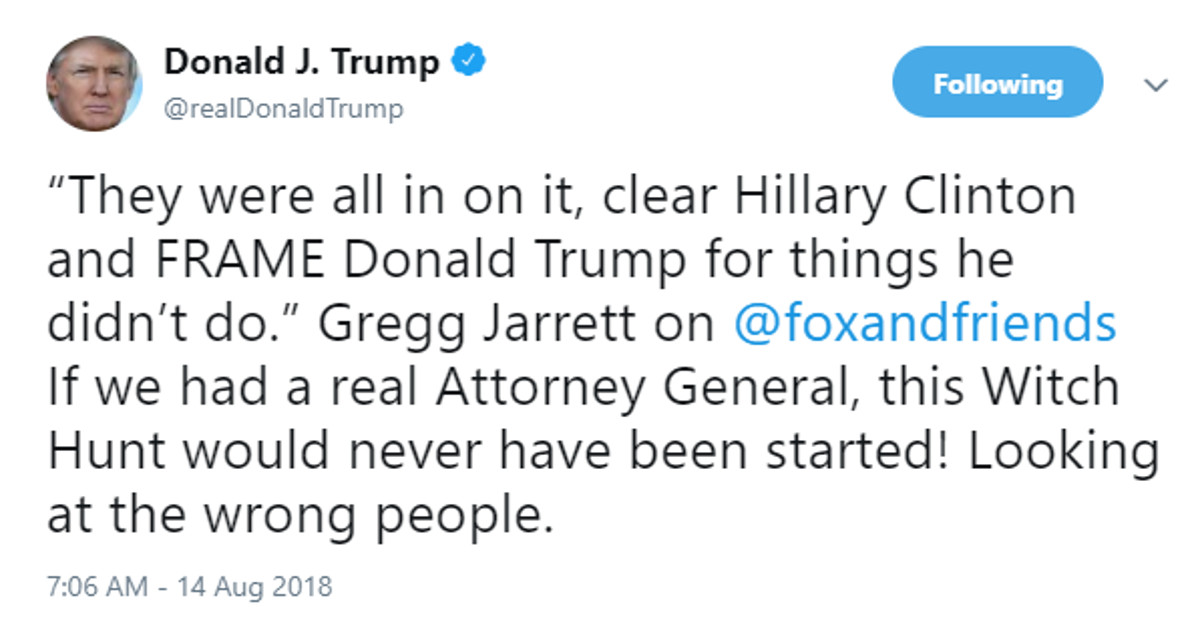 It’s been reported that Sessions never told Trump that he would recuse himself on anything dealing with Russia, before Trump made his selection, one that he now regrets. When it came time to appoint a special counsel, Sessions recused himself, leaving the job to Deputy Attorney General Rod Rosenstein, who over the past year, has allowed Special Counsel Robert Mueller to do whatever he wanted, regardless if it was directly related to the his original task.

Once again, President Donald Trump is showing his frustration with his nomination of Jeff Sessions for Attorney General, by tweeting that if we had a real Attorney General, there would be no Russia investigation.

(The Washington Examiner) – President Trump complained Tuesday that the Russia investigation would never have been launched at all if he had a “real” attorney general in place to stop it.

“If we had a real Attorney General, this Witch Hunt would never have been started! Looking at the wrong people,” Trump tweeted Tuesday morning. His tweet also quoted Fox News host Gregg Jarrett, who said the Justice Department’s goal under former President Barack Obama was to “clear Hillary Clinton and FRAME Donald Trump for things he didn’t do.”

Many people have been calling on Trump to fire Sessions and nominated a better replacement, one that has a reputation of being a real bulldog-type prosecutor, who will go after all of the crooked Democrats including Clinton and Obama. I continue to say that Rep. Trey Gowdy (R-SC) would be a excellent choice.