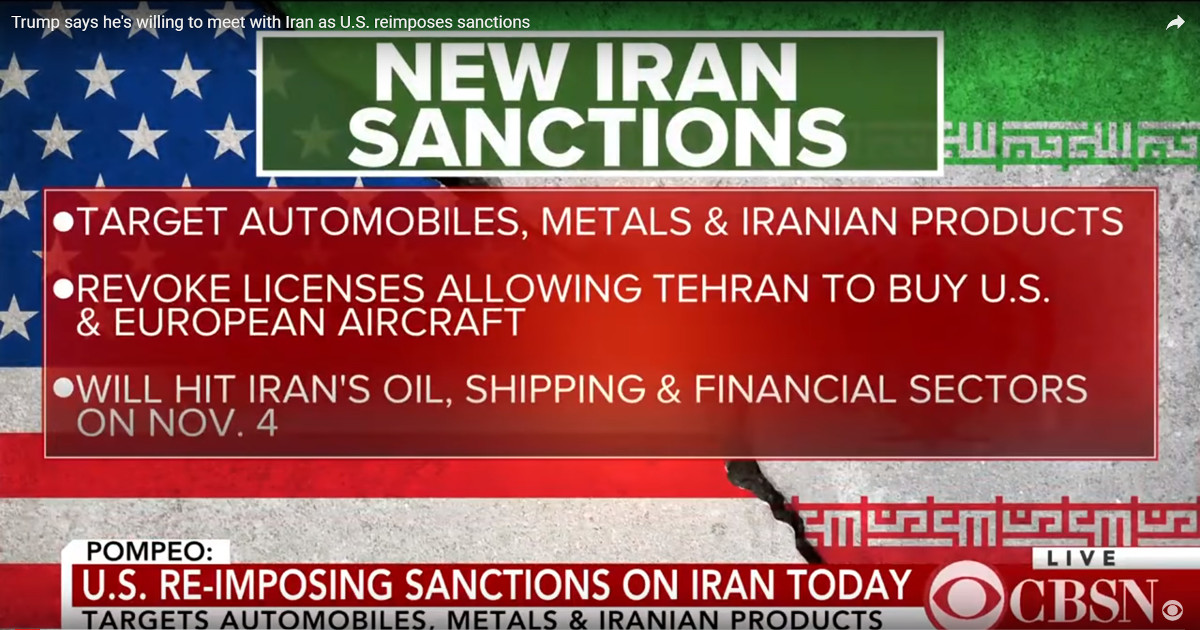 When Barack Obama and then Secretary of State John Kerry pushed for the Iranian nuclear deal, many experts warned that Iran would never live up to the terms of the deal and that it was a very bad deal for the US and for our ally Israel.

Against all advice, Obama and Kerry went ahead with the Iran nuclear deal resulting in Obama lifting man of the strict sanctions that had been placed on Iran, freeing up billions of dollars in assets and opening the door for international trade.

Yesterday, President Donald Trump reinstated the sanctions that had been imposed on Iran prior to the nuclear deal.

(The Washington Times) – The Trump administration reimposed sanctions on Iran Monday, saying the penalties that were lifted under former President Barack Obama will be rigorously enforced until Tehran radically changes its behavior, including the funding of terrorism.

The first set of U.S. sanctions are targeting Iran’s automotive industry, as well as gold and other metals, following President Trump’s decision in May to withdraw from the Iran nuclear deal. Those sanctions had been lifted by the Obama administration under the terms of the landmark deal in 2015 that gave Tehran an infusion of cash, which the U.S. says paid for terrorist activities.

Mr. Trump said in a statement that he remains “open to reaching a more comprehensive deal that addresses the full range of the regime’s malign activities, including its ballistic missile program and its support for terrorism.” But he said Iran must change its ways.

“To this day, Iran threatens the United States and our allies, undermines the international financial system, and supports terrorism and militant proxies around the world,” he said…

There was no justifiable reason for signing the nuclear deal or for lifting the sanctions imposed on Iran, but he did it anyway. Obama often sided with America’s enemies while driving relational wedges between the US and our allies, especially Israel, Iran’s number one enemy.