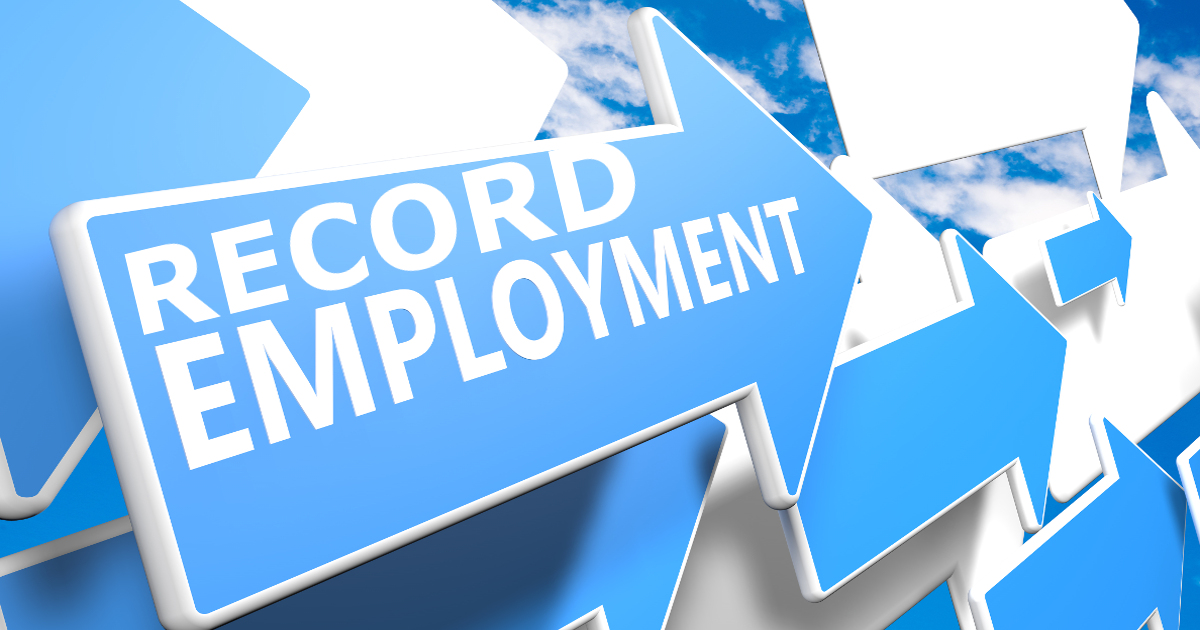 Barack Obama did set an employment record during his eight years in the White House, but it’s not one that any president would be proud of. Obama had over 40 consecutive months of 8% or higher unemployment.

On the flip side, President Donald Trump has just had his 11th month (out of 19 months in office) of low unemployment. June’s figures state that a record 155,965,000 Americans are working, the most in history. They unemployment figure remained below 4%, at 3.9%. Additionally, the unemployment figure for Hispanics broke last months record low, coming in at 4.5%. The unemployment for black Americans is at 6.6%,which is still lower than when Obama was in office and it was only 3.7% for women, indicating that many more women are working now than under Obama.

(CNS News) – Following last month’s strong employment report, the numbers released on Friday were even better in some respects.

The Labor Department’s Bureau of Labor Statistics says a record 155,965,000 people were employed in July, the 11th record-breaker since President Trump took office 19 months ago.

“Our economy is soaring. Our jobs are booming. Factories are pouring back into our country, they coming from all over the world. We are defending our workers,” President Trump told a campaign rally in Pennsylvania on Thursday.

This news bodes well for every Republican running for office in this year’s midterm elections. If every GOP candidate made this part of their positive campaigns, along with bigger paychecks, it would go a long way to not only keep Republicans in control of Congress, but also give them more seats than they hold now.