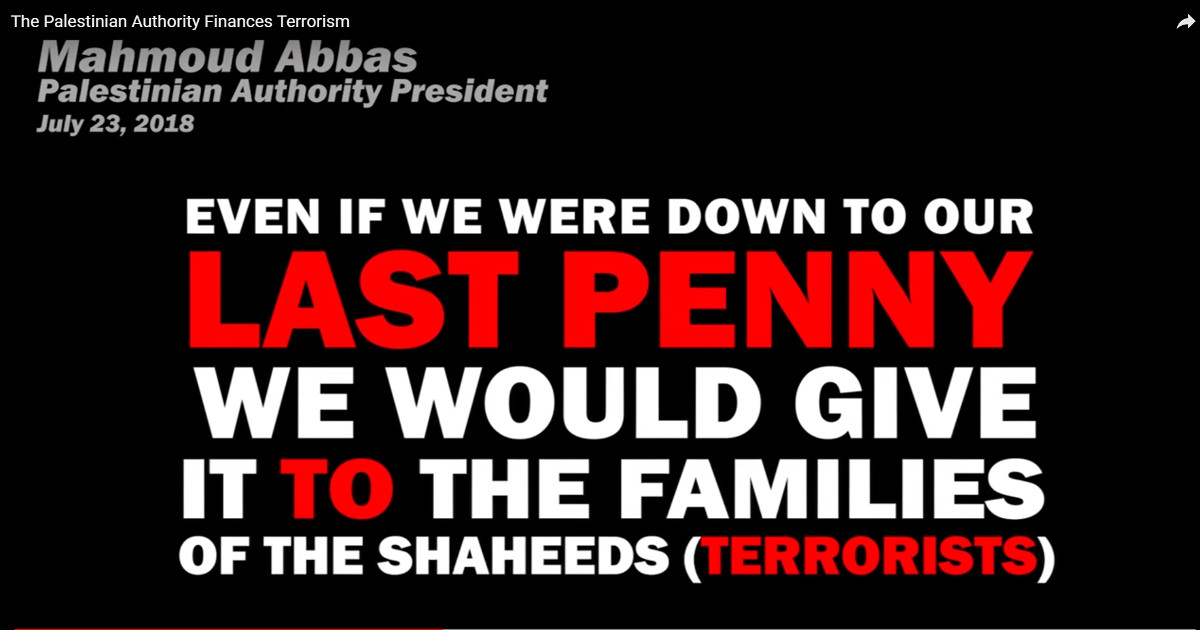 Under the anti-Israeli regime of Barack Obama, not only did the US push for some rights and recognition of Palestine, but the US federal government gave millions of dollars to the Palestinian Authority.

The Palestinian Authority is responsible for a significant amount of terrorist activity, largely aimed at America’s ally, Israel.

In one instance alone, the family of a 19-year-old Palestinian Authority terrorist was receiving $3,000 a month because their son killed three Israeli Jews and wounded another.

A year ago, it was reported that the US had given more than $1.1 billion the Palestinian Authority and its members over a 4 year period.

President Donald Trump has long been critical of using taxpayer money for aid to an organization known for their terrorist activities.

It’s now been announced that the US is cutting over $200 million in aid to the Palestinian Authority.

For some reason, despite the fact that Palestinian terrorists have been waging war on Israeli borders for decades and play the American media like fiddles, using children as human shields and doing whatever they can to provoke “attack” from IDF soldiers, the US has still been sending aid to this openly-hostile state for far too long.

Consistently with his refreshingly, not to mention, historically, friendly relationship with our most important ally in the Middle East, Trump has now frozen funds that were previously being sent to the Palestinian Authority, the Hamas-backed government that has done little more than support terrorism and demonize the West…

Not only is the State Department cutting millions of dollars in aid to the Palestinian Authority, but the US will monitor how the money is spent.

What U aid they receive, is supposed to be used for things like education and healthcare and infrastructure.

President Trump made it known that he wanted to make sure that none of the US aid money is used for any terrorist activities.

Since the Palestinian Authority is a huge sponsor of terrorism and they hate the US as well as Israel, one has to wonder why the US is giving them a single penny, let alone millions of dollars???