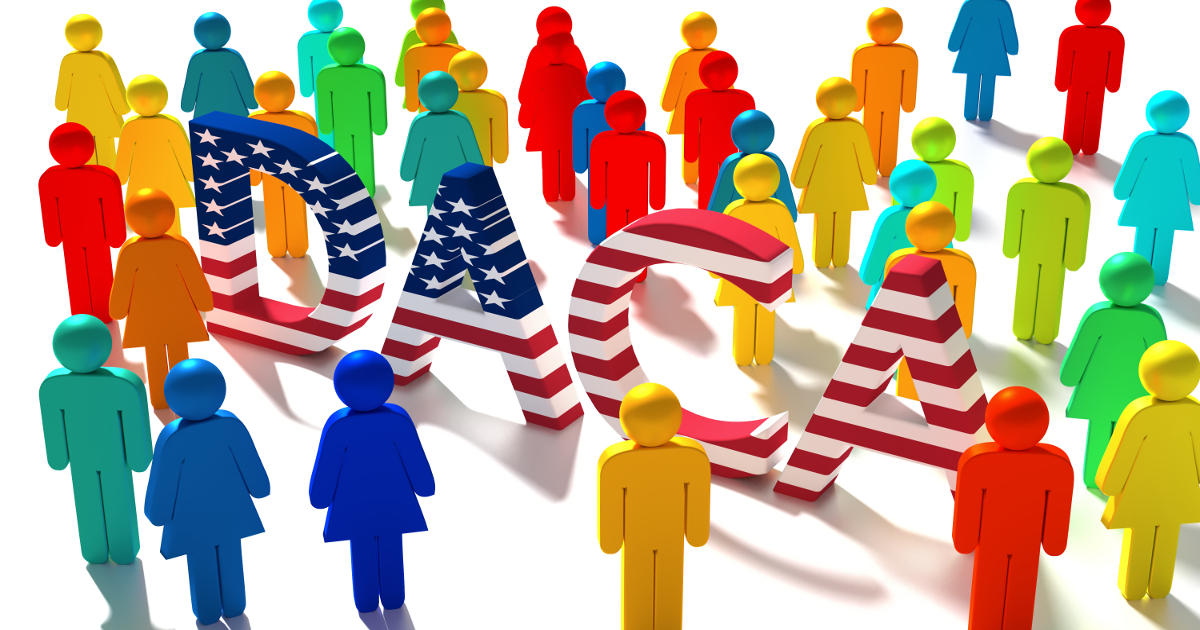 Barack Obama spent 8 years trying to destroy America and make natural born American citizens the minority regardless of their ethnic background or what color skin they have. He wanted the country to be filled with potentially dangerous fugitives and illegal aliens. It seemed as though Obama was trying to turn America into the kind of country that tens of thousands flee from and what’s worse, many of those who came to the US also tried to change America into the homelands they fled and described as being so violence and dangerous.

Obama called for massive reform to America’s immigration laws, to make it easier to fill the nation with foreigners, some good and some not so good, Obama didn’t care. When Congress failed to come up with any immigration reform, Obama took matters into his own hands by creating his DACA program, which was designed to allow between 500,000 to 1 million illegal aliens to remain in the US without fear of deportation. Then Obama expanded DACA and at the height of the program, about 800,000 illegals had taken advantage of Obama’s protection.

One of the provisions of DACA was that the illegals had no criminal record, and if they committed any crimes here in the US, they would lose their DACA status and be deported. However, it’s been discovered that thousands of DACA recipients have criminal records and have been allowed to remain in the US.

Last year, it was announced that President Donald Trump was ending DACA and guess what, his approval ratings went up, not down as the mainstream media would have you believe. In the statement given publicly by Attorney General Jeff Sessions, it was pointed out that DACA was illegal from the very beginning, which is something I’ve been saying all along. Federal immigration laws were passed by Congress and according to the US Constitution, only Congress can legally make changes to laws they passed, but that never stopped Obama who cared nothing about the Constitution or keeping to the laws of the land.

DACA was also supposed to be temporary, which means it was destined to end sometime, but a liberal judge assumed power and authority OVER the President of the United States, when he blocked Trump’s decision to end DACA. For reasons that still defy reason and law, the judge ruled that it was unconstitutional for Trump for end DACA. This beg the question – if it was legal for Obama to create his TEMPORARY program, how can it be illegal or unconstitutional for Trump to end it?

“The Justice Department requested a stay of D.C. Circuit Judge John Bates’ order requiring USCIS to restart DACA by August 23. Accompanying the request was a declaration by Acting USCIS Deputy Director Tracy Renaud stating the agency expects a surge of almost 50,000 applicants if DACA is restarted now. That will force USCIS to give those applications precedence over the handling immigrant and non-immigrant benefit applications.”

In the filing for the stay, the Justice Department stated:

“It is DHS’s considered judgment that rescinding DACA best achieves the agency’s immigration enforcement policies and priorities. By preventing the Secretary from implementing her considered policy judgment, the Court’s Orders not only harm Defendants but also the public at large.”

Unfortunately, the stay request is going to the same judge who issued the order to restart DACA, so staying his stay is unlikely. If he refuses, USCIS (United States Citizenship and Immigration Services) is prepared to ask for at least a 30-day delay to give them time to restart DACA in its original state.

If Sessions still believes DACA is illegal and fraught with fraud, then he needs to take this to the US Supreme Court before restarting DACA. If Sessions won’t take that action, then it’s time for Trump to replace Sessions with someone who will start doing the things an Attorney General should be doing – defending America and the American people.