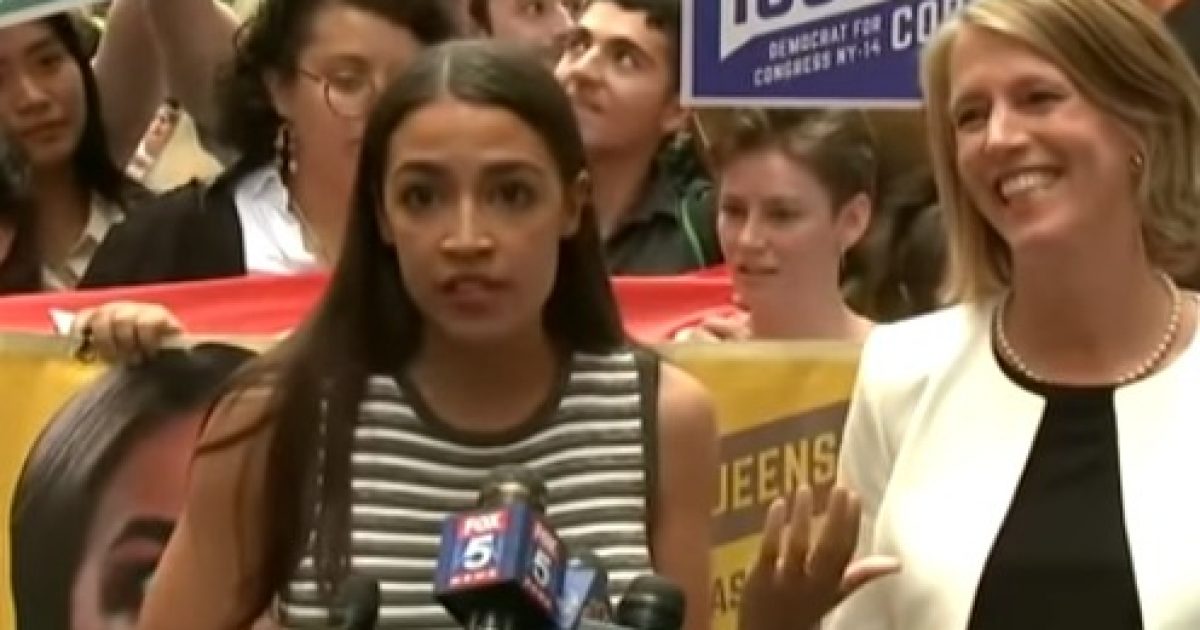 One of the main reasons our Founding Fathers set age limits for various elected offices was to insure that a person had time to gain wisdom, understanding and maturity before helping to lead the nation. The minimum age for president and vice president was set at 35, for a senator – 30 and for a representative, the minimum age is 25.

In light of the many immature and unintelligent public gaffes of Alexandria Ocasio-Cortez, the socialist running as a Democrat for the US House from the Bronx, Congress may want to raise the age to 30 for representatives, since she obviously lacks maturity and wisdom.

After a slew of gaffes on the campaign trail, she recently had members of the media removed from a campaign event.

(Constitution.com) – As if signaled by the pseudo-success of Bernie Sanders in 2016, the democratic party is looking to the socialism side of the political spectrum in order to gain traction for the coming midterm elections.

This trend has been considered disturbing by a number of Americans, particularly those who are particularly interested in the history of economics.  For these well-versed pontificators, the idea of yet another dangerous experiment in wealth redistribution is wholly unacceptable, having been the cause of millions of deaths throughout world history.  Furthermore, and this must not be forgotten, socialism has literally never worked.

Yet, still, the left looks to people such as Alexandria Ocasio-Cortez, the 28 year old democratic socialist starlet who has made headlines for a number of reasons over the course of the last few weeks, not the least of which is due to the leftist’s inexplicable penchant for putting her foot in her mouth…

The funny part of this is that the mainstream media have been giving full support to other socialists like Bernie Sanders, but even those in the media cannot ignore the embarrassing ways and statements of Ocasio-Cortez.