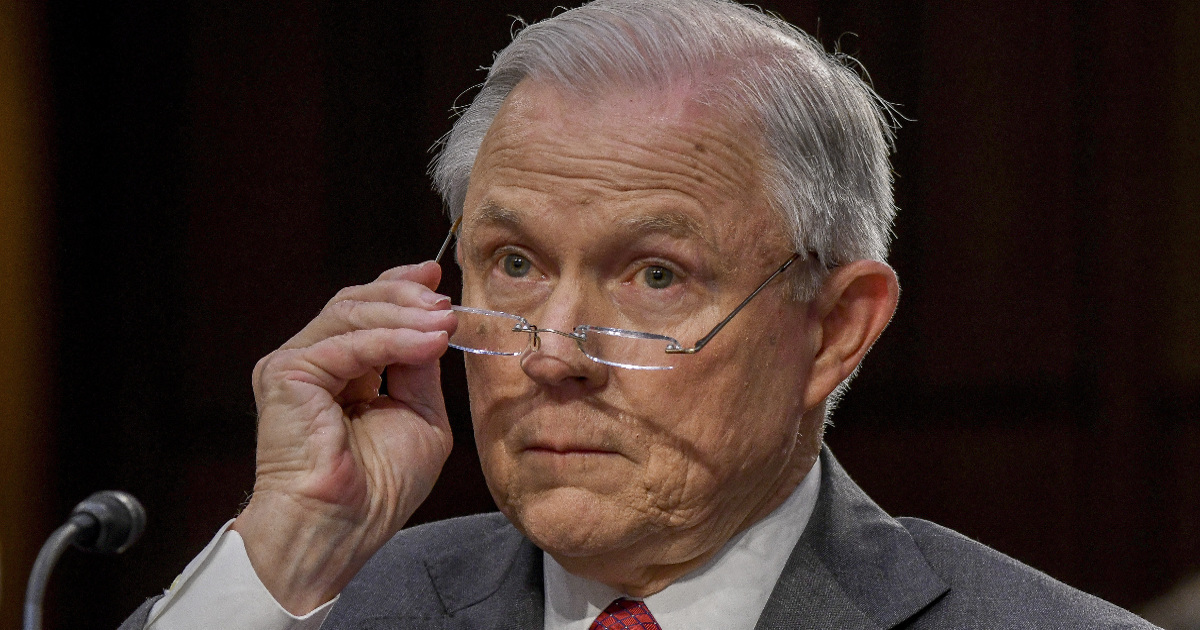 When President Donald Trump met with and talked to then Sen. Jeff Sessions about appointing him to be Attorney General, Sessions never said anything to Trump about possibly recusing himself from any Russia investigation. There were plenty of rumors already flying around Washington about the need for an investigation into Russian election meddling and that Trump or members of his campaign colluded with Russia to interfere with the election. Many believe that had Sessions told Trump that he would recuse himself from any investigation involving Russia, that Trump would never have nominated Sessions for the Attorney General job.

Twenty-one days after becoming Deputy Attorney General, Rosenstein appointed former FBI Director Robert Mueller to be the Special Counsel to run the Russian investigation, because Sessions had recused himself. (Just a note – Sessions properly recused himself from anything involving Russia, but Mueller, who stopped the initial investigation into the initial Uranium One Deal where the Obama administration sold 20% of America’s uranium to a sworn enemy of the United States – Russia, and then buried the investigation, Mueller should have recused himself, but didn’t.)

Since the appointment of Mueller as Special Counsel, for the most part, it seems that Sessions has appeared to have been largely absent from his role as Attorney General. He’s weighed in on a few things, but for the most part, he has been absent in dealing with the many crimes committed by numerous Democrats during and after the 2016 elections.

Evidently, he’s still on job and finally speaking out about a miscarriage of justice. On Monday, Sessions issued a statement about a federal judge’s ruling that it’s unconstitutional for Trump to end DACA.

In his statement, Sessions wrote:

“The last administration violated its duty to enforce our immigration laws by directing and implementing a categorical, multipronged non-enforcement immigration policy for a massive group of illegal aliens. This wrongful action left DACA open to the same legal challenges that effectively invalidated another program they established—Deferred Action for Parents of Americans and Lawful Permanent Residents (DAPA). DAPA’s implementation was blocked by the U.S. Court of Appeals for the Fifth Circuit and never entered into effect. These two policies declared by officials of the previous administration—by policy letters only—had been considered by Congress and rejected.

“The Trump Administration’s action to withdraw the policy letters simply reestablished the legal policies consistent with the law. Not only did the Trump Administration have the authority to withdraw this guidance letter, it had a duty to do so. As former President Obama previously said, the changes they attempted to effect through this policy letter can only be lawfully achieved by congressional action. The judicial branch has no power to eviscerate the lawful directives of Congress—nor to enjoin the executive branch from enforcing such mandates.

“We have recently witnessed a number of decisions in which courts have improperly used judicial power to steer, enjoin, modify, and direct executive policy.  This ignores the wisdom of our Founders and transfers policy making questions from the constitutionally empowered and politically accountable branches to the judicial branch.  It also improperly undermines this Administration’s ability to protect our nation, its borders, and its citizens.  The Trump Administration and this Department of Justice will continue to aggressively defend the executive branch’s lawful authority and duty to ensure a lawful system of immigration for our country.”

So, Sessions has spoken out, but what is he going to do to stop the improper use of judicial power that has been directly attacking many of the president’s actions and his authority? Will he bring any of these judges up on charges or improper rulings based on agenda instead of law? Will he seek the removal of these federal judges?  It is possible under Article 3, Section 1 of the US Constitution which reads:

“…The Judges, both of the supreme and inferior Courts, shall hold their Offices during good Behaviour,…”

Obviously, these judges are not acting in good behavior and therefore providing grounds for their removal from the bench, which begs the question, what, if anything will Sessions do to stop more judges from doing the same thing or hold those who have acted improperly, accountable for their wrong behavior?

Has Attorney General Jeff Sessions really returned to doing his job or is he only giving us lip service? If he does not take action, then I say it’s time for Trump to replace him with someone who will.