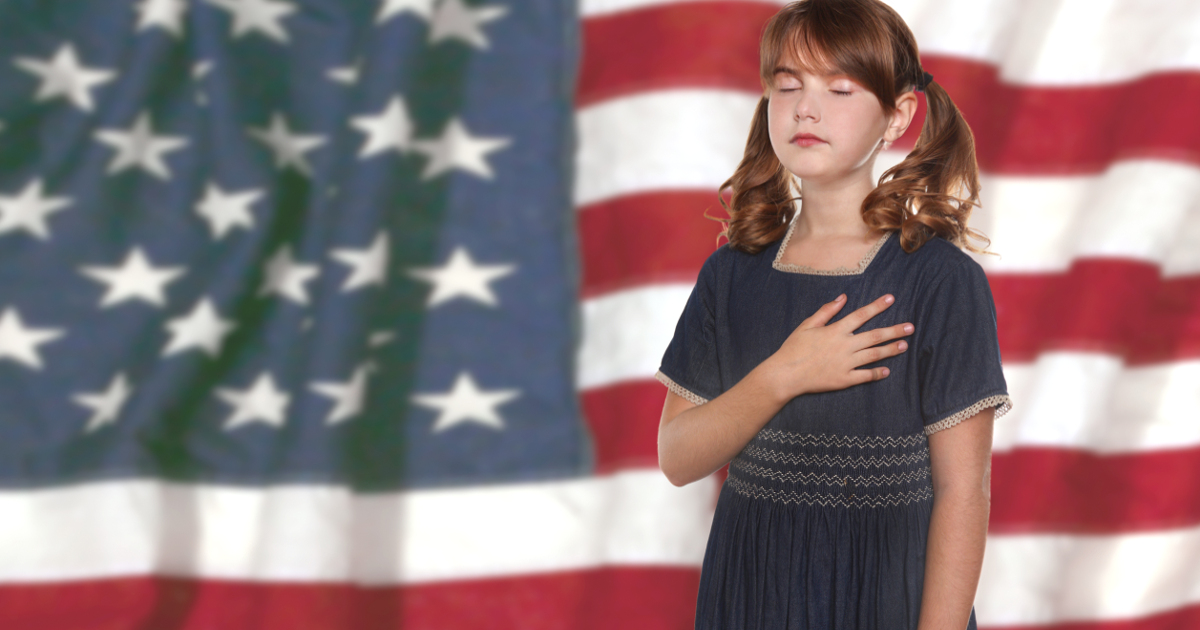 We’ve said it numerous times that Americas schools have abandoned reasonable education practices and have become nothing more than socialist indoctrination centers where your kids go through 12-years of socialist brainwashing. A poll last year revealed that 44% of millennials preferred socialism over capitalism.

In another act of American betrayal, a charter school in Atlanta has announced that they will be replacing the Pledge of Allegiance for a more social and global pledge that the students will learn and recite.

One can only hope that most of the parents pull their kids from this socialist school and put them out of business.

(Constitution.com) – Apparently, even in America, being American is somehow uncool.

At least that’s the impression given to us by the mainstream media and their gaggle of angry leftist celebrities.  Men like LeBron James and women such as Kathy Griffin have been at the forefront of this sort of movement, criticizing not only the President, with whom they have every right to disagree, but also criticizing the nation as a whole for electing Donald Trump.  In many ways, it has become rather obvious that these radicalized liberals are not interested in the continuation of the American Dream as we know it, but, rather, they would prefer some new society to emerge from the ashes of the world’s leading exporter of liberty.

Now, one Atlanta-area school is taking this sort of “America isn’t all it’s cracked up to be” sentiment to the next level by eliminating the Pledge of Allegiance from their daily routine.

The Pledge of Allegiance is being eliminated in a growing number of schools, often because school officials don’t want to offend students from other countries, carrying nothing about offending American citizens. This largely started under Obama’s anti-American crusade and is still continuing today. It’s time that patriotic Americans start standing up and taking our country back from those who are determined to destroy it.