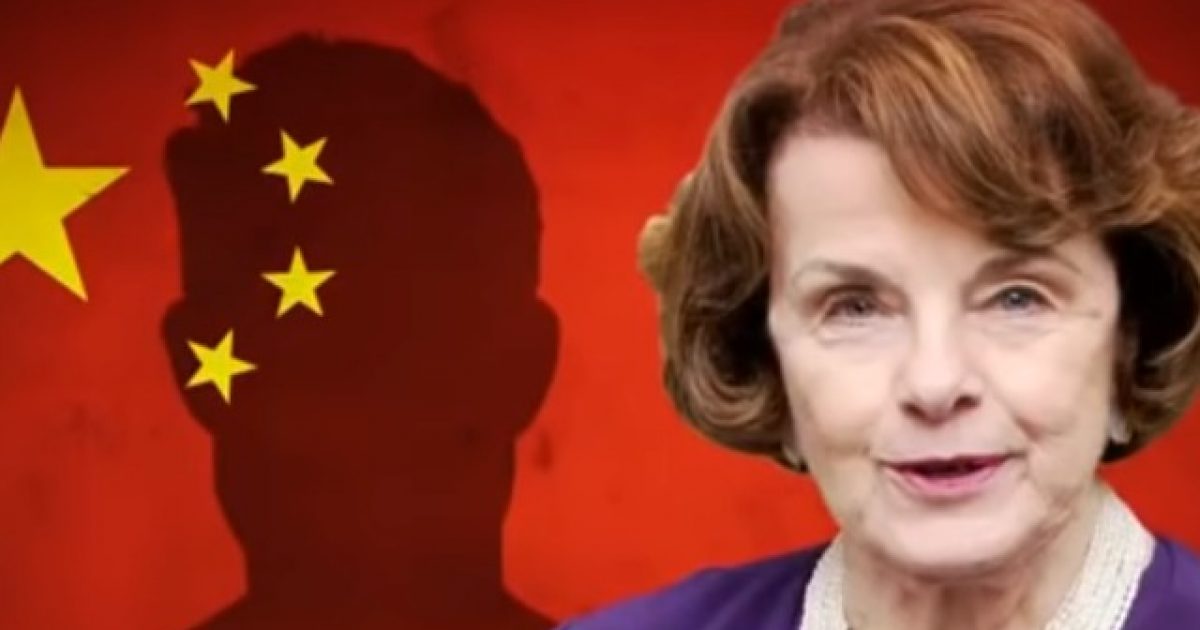 If you really want to know where Sen. Dianne Feinstein’s political leanings are, all you have to know is that she served as the Democratic mayor of one of America’s MOST liberal cities, San Francisco for 10 years. She’s been a member of US Senate since 1992 and is considered one of the ranking Democrats.

Feinstein has been vocally spearheading the investigations into alleged Trump campaign collusion with Russia to interfere with the 2016 election.

While campaigning in Ohio for House hopeful Troy Balderson, Trump blasted Feinstein and her relentless witch hunt of Trump by claiming that she has no grounds to say anything after having employed a Chinese spy for 20 years.

(The Washington Times) – President Trump ridiculed Democratic Sen. Dianne Feinstein Saturday night for allowing a Chinese spy on her staff, questioning why she is “leading the Russia investigation” into possible collusion with the Trump campaign.

“The leader of the Russia investigation, Dianne Feinstein, had a Chinese spy as her driver for 20 years,” Mr. Trump told a campaign audience in central Ohio. “And she’s leading the Russian ‘witch hunt.’ Isn’t that something? And then she says to me, ‘What did you know about this and that?’ Give me a break.”

News reports surfaced late this week that Chinese intelligence officials had once recruited a staffer in Ms. Feinstein’s San Francisco office to report back to them on local politics. She fired the staffer years ago.

Ms. Feinstein serves on the Senate Intelligence Committee, which has been investigating allegations of Russian collusion with Trump aides in the 2016 presidential campaign.

Mr. Trump said the episode shows that Russia isn’t the only foreign power spying on the U.S…

Trump could have done more damage to Democrats by adding the bit about former DNC Chair, Rep. Debbie Wasserman-Schultz for trying to help and protect a Pakistani national who accessed numerous computer accounts of Democrats and then tried to hastily leave the country and he should have mentioned that Obama and his people knew about the Russian election meddling and hacking months before the election and did nothing to stop it.