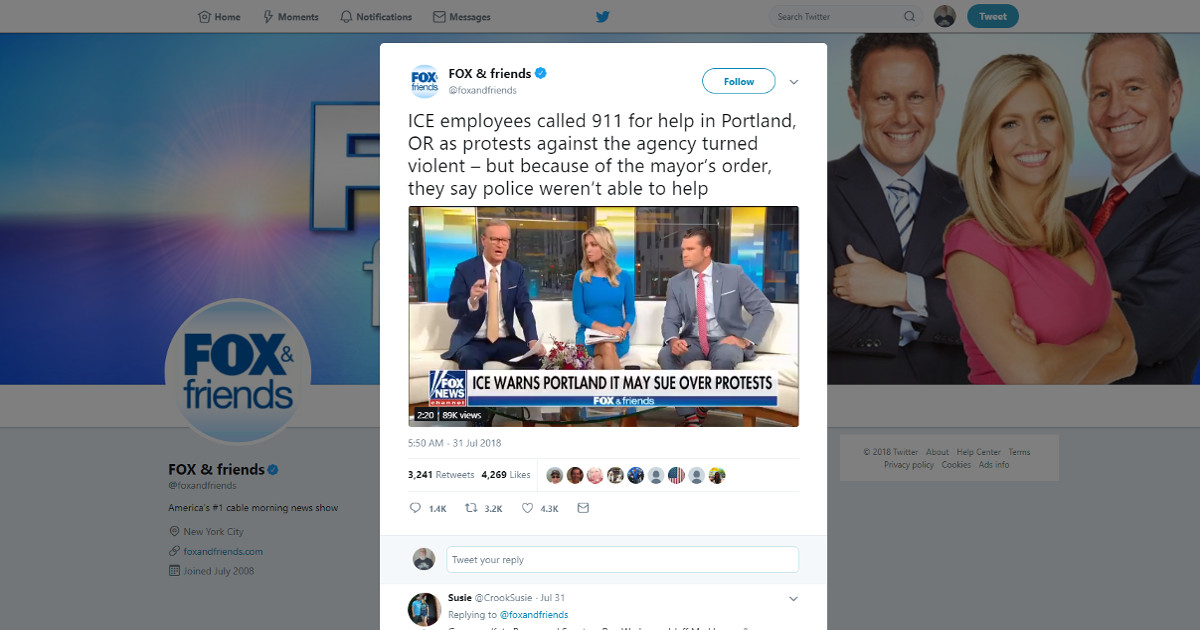 Democrats continue to protect ILLEGAL aliens at the cost to American citizens. They would prefer to give them all of our jobs and tax dollars while American citizens go hungry and homeless.

The issue of illegal aliens and sanctuary cities has taken a serious turn in Portland, Oregon. Liberal demonstrators gathered outside the offices of US Immigration and Customs Enforcement employees. When the demonstrations began to turn violent, ICE employed feared the worse and called 911 for help. In fact, they made 2 calls to 911, but Portland police refused to respond because of the city being a sanctuary city.

“Your current policy forbidding Portland law enforcement agencies from assisting employees of the Immigration and Customs Enforcement Agency who request law enforcement assistance while at or away from work is a violation of the United States Constitution’s Equal Protection Clause,” the letter says.

Demonstrators, some affiliated with the domestic terrorist organization Antifa, set up a city of tents outside the ICE offices. After setting up camp, they became violent and incited violence several times…

Chris Crane, president of the national union that represents ICE employees said that there is nothing more dangerous or unpredictable than an angry mob and that it was unthinkable that ICE employees were left helpless because Portland’s mayor has a ‘beef’ with President Trump.

Whoever was responsible for the police not responding to the 9aa calls, should face criminal charges for obstruction of justice and endangering the lives of federal employees. It’s about time the DOJ starts putting these law-breakers in jail for their crimes.