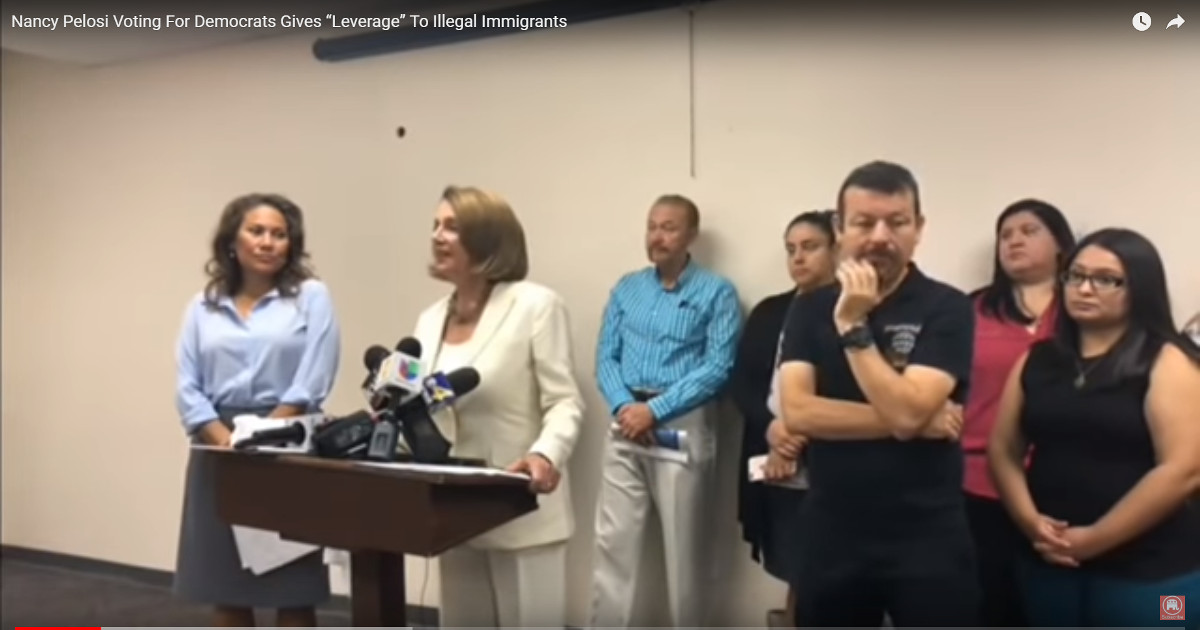 Many conservatives have put forth their ideas of why Democrats are so worked up over protecting illegal aliens at the expense of American citizens. Personally, I’ve always believed that they wanted to keep millions of illegals in the US so they could cast illegal votes in elections, especially since the vast majority of them support Democrats. After all, why else did states like California (home to over 3 million illegals) and Oregon pass laws that automatically register everyone to vote when the obtain or renew a state driver’s license? Doesn’t matter if the person is under age, an illegal alien or a legal non-citizen, they are registered to vote.

On Wednesday, House Minority Leader Nancy Pelosi (D-CA) admitted that they wanted illegals to stay in the country to help give Democrats leverage in winning elections and taking control of America, which in turn provides leverage for illegals.

(Liberty Unyielding) – It hasn’t exactly been a well-guarded secret that the Left’s long-term plan is to allow as many Hispanic immigrants into the country as possible because of their marked propensity for voting Democrat. In the 2016 election, as a case in point, 65% of Latinos voted for Hillary Clinton, while 29% voted for Donald Trump — and the latter number was surprising, say analysts who predicted a much greater turnout for Clinton.

Despite the fact that the number of Latino voters has grown by 37% over the last two decades, the trend toward “browning the vote” hasn’t been fast enough for Democrats, who have thus become champions of throwing the borders open to illegal aliens.

Although this crusade has been taking place in plain view, Democrats have long made a point of keeping mum about their plan. That was until Wednesday when minority House leader Nancy Pelosi spilled the beans at a news conference. Here she is, speaking about the midterms. A transcript follows: …

Don’t forget, her senility also caused her to slip earlier this year in admitting that the ultimate goal of Democrats was a total gun ban. When many people get senile, they often tend to be opposite from what they were earlier and, in these cases, it seems that Pelosi’s senility is causing her to finally tell the truth about some things.