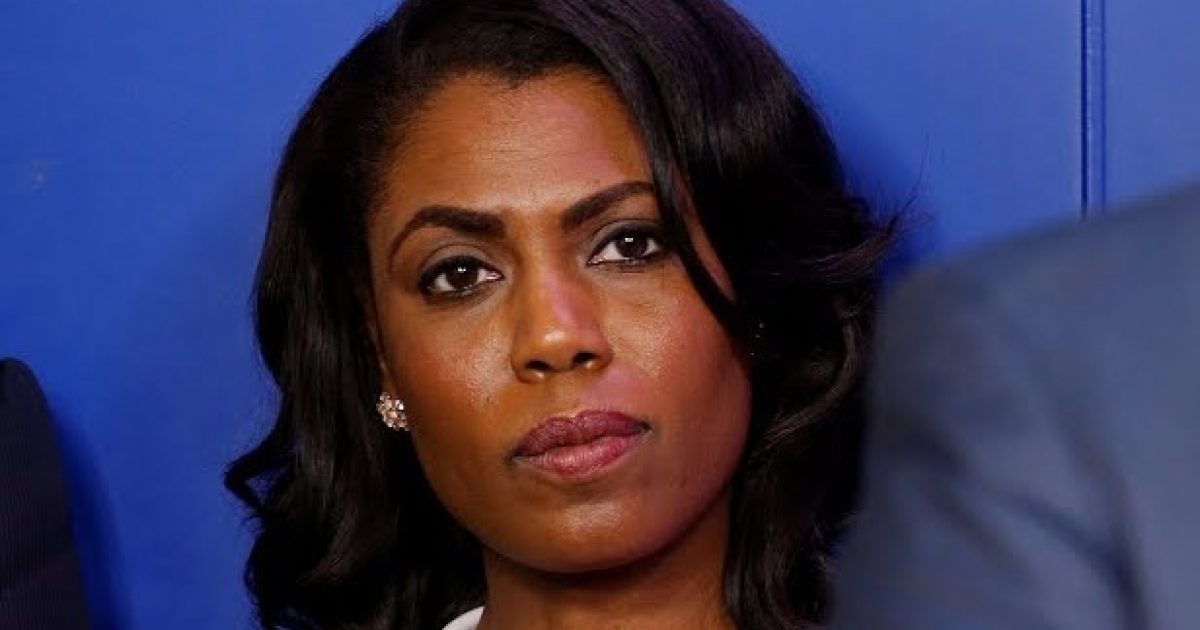 From everything that is coming out about Omarosa Manigault-Newman it appears that the former reality star is more of an ‘unreality’ person.

She is making headlines with the mainstream media by claiming that Donald Trump has used the ‘n’ word and made other racially derogatory statements. She also claims to have a tape of James Mattis threatening her, which only puts her in the cross hairs for criminal prosecution as the tape was made illegally in the Situation Room in the White House.

She wrote a book about her experiences and many of those mentioned in the book have called her a liar. Many people in the Trump administration that had dealings with Omarosa have questioned her integrity and said she cannot be believed.

Omarosa had a rough start in life with her father being murdered when she was only 7. After graduating high school, she attended Central State University in Ohio where he earned a bachelor’s degree. She went on to earn a master’s degree from Howard University in Washington DC. She started a doctorate program but never finished.

Omarosa began her career as a reality TV junkie by first appearing on The Apprentice in 2004. She finished in 8th place. Also, in 2004, she appeared in an episode of Girls Behaving Badly (sounds appropriate, doesn’t it?).

In 2005, she finished in 4th place on Fear Factor and appeared in Season 5 of the Surreal Life.

In 2018, after leaving the Trump White House staff, Omarosa finished in 5th place on Big Brother.

You can see a pattern here of being a reality TV junkie and one that never won or came in any higher than 4th place.

Everyone is blaming President Donald Trump and believing Omarosa who says she quit because he is a racist and other reasons. It’s interesting that her claim of his using the ‘n’ word was before Trump was president and before she worked for him in the White House, making one wonder why she would even take the job in the first place if her racist claim is true?

To add to those questioning Omarosa’s honesty and integrity is very liberal CNN reporter Aril Ryan who has described her as a liar with crazy behavior. In early 2017, Ryan said that Omarosa tried to physically intimidate her. Earlier this week, Ryan tweeted:

“Omarosa! I hear you mentioned me on Meet The Press. Don’t reference me or use my name. Keep my name out of your mouth. You have done enough. Your lies and crazy behavior are catching up to you. Can you say National Security breach? Lawyer up!”

The criticism of Omarosa is also being brought to light by members of the Bill Clinton administration.

In the 1990s, Omarosa worked in the office of then Vice President Al Gore. She eventually quit, claiming they didn’t give her any training but Gore’s office administrator reportedly described Omarosa as their worst hire ever.

One of her co-workers in the Gore office stated:

“She didn’t do her job, and it got everybody in trouble.”

Omarosa was then moved to the Commerce Department where she was again removed and described as being unqualified and very disruptive with other staff by Commerce Undersecretary Cheryl Shavers, who said that one woman there wanted to slug Omarosa.

It was also reported that Omarosa had a habit of embellishing her resume when it came to job titles, tasks and her work performance.

It’s obvious that Omarosa has a long track record of lying, not doing her work and misrepresenting herself and others. It’s a wonder that anyone would believe her, and yet the mainstream media is ignoring all of the things that happened when she worked for the Clinton administration and only focus on her time with the Trump administration.

Two Governors Are Accused Of COVID-Related ‘Pay-To-Play’ — Guess Which One The Media(D) Is Targeting?
March 6th, 2021 Clash Daily