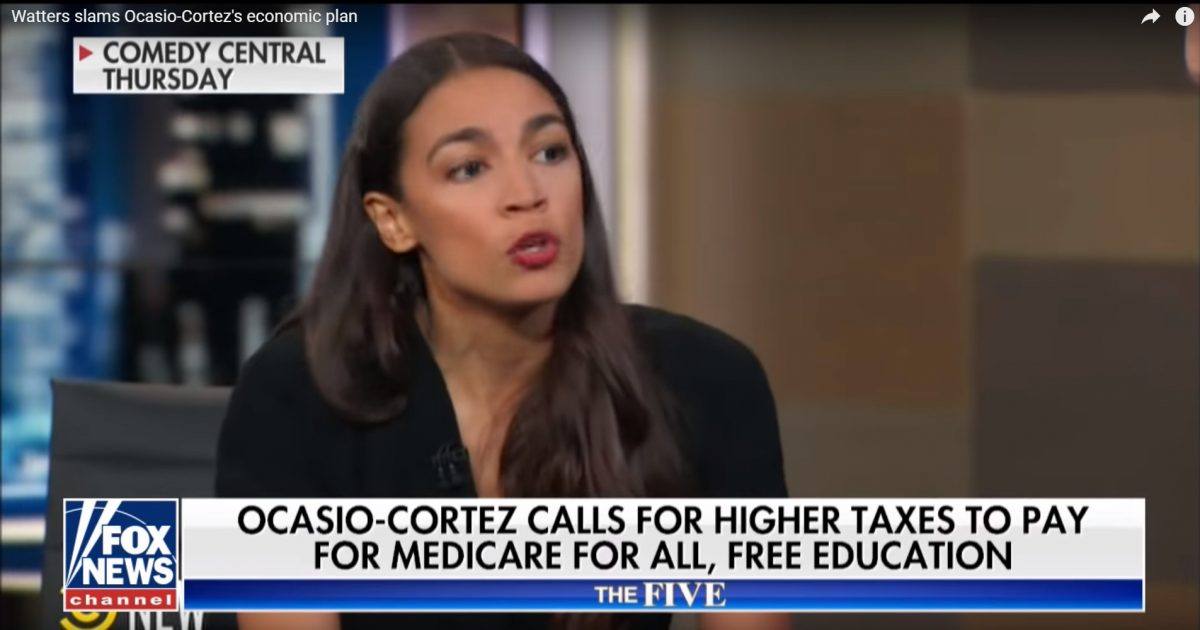 Twenty-eight-year-old Alexandria Ocasio-Cortez, surprised everyone, even herself, when she won a primary election as a Democrat, seeking a seat in the US House. Like Sen. Bernie Sanders, Ocasio-Cortez is a self-professed socialist who is advocating basic socialist ideology that failed EVERY time it’s been tried around the world. She advocates basic income for all, free Medicare for all, free college tuition for all and minimum wage of $15 per hour. All of which would bankrupt America and drive the American people into a tax rebellion.

However, Ocasio-Cortez’s college days, which weren’t that long ago, totally contradict everything she claims to stand for now, making many ask for the real Ocasio-Cortez to please stand up.

(Constitution.com) – The left probably should have known better than to pin the face of Alexandria Ocasio-Cortez to the public image of the democratic party so early in our nation’s “getting to know her” phase.

As with any real political, Ocasio-Cortez could very likely be on the “say one thing, do another” program, particularly due to her professed love of democratic socialism – an idea whose time has come and gone, and then come and gone again, in any number of locales around the globe.  Socialism, Marxism, Communism – whatever you want to call the idea of wealth redistribution and basic income – they’ve all failed out there in the real world, killing millions along the way.

Now, in digging into the young politic hopeful’s short past, it hasn’t taken long to find some strange opinions on the world at large…opinions that run counter to the liberal darlings current trendy ride on the socialism bandwagon...

Free Medicare for all is estimated to cost over $30 trillion for just ten years. Free college tuition will have a similar price tag and raising the minimum wage to $15 per hour will result in the loss of tens of thousands of jobs and would throw America into another recession and possible depression. However, when she was in college, she supported free enterprise and capitalism.