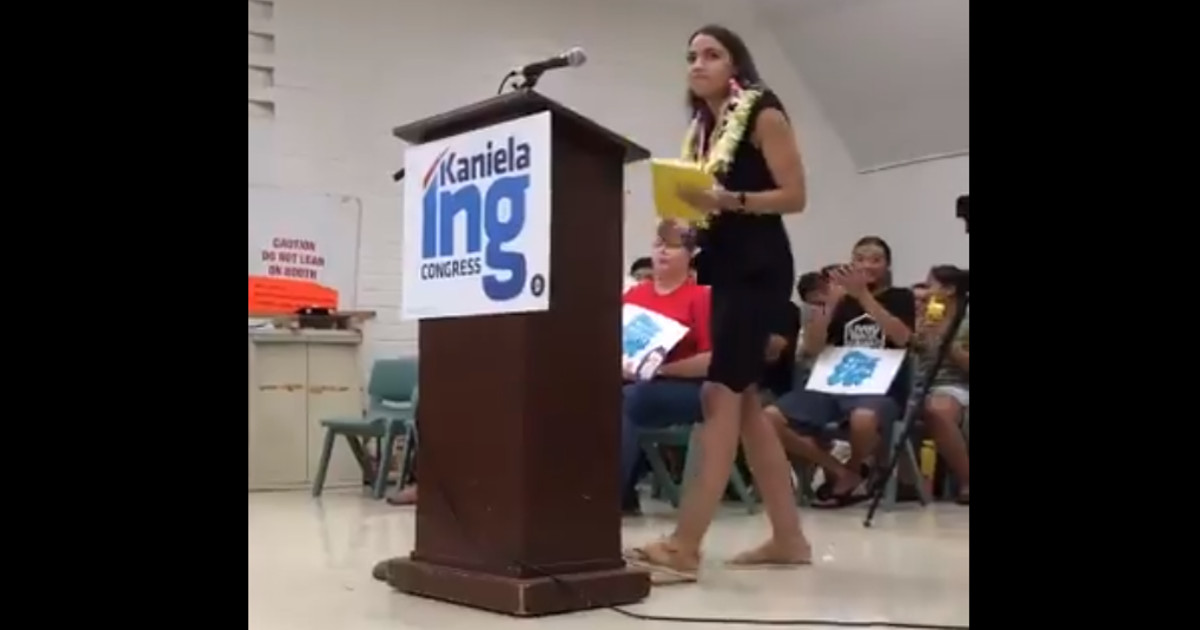 Public speaking is not as easy as many people think. When they stand up and see everyone looking at them, they get nervous, scared, their hand sweat and sometimes their voice cracks. Then there ae those who are naturals in front of a crowd and display an aurora of confidence, composure and control.

Obviously, Alexandria Ocasio-Cortez, the socialist running as a Democrat in New York for a seat in the US House, is not an experienced public speaker by any means. Over the past couple of months, she has had numerous bloopers, misstatements and mistakes.

It really showed over the weekend when she traveled to Hawaii to lend support to a fellow socialist Democrat. Ocasio-Cortez was supposed to introduce her host, Kaniela Ing, but after spewing her socialist garbage, she sat down without introducing Ing.

(Constitution.com) – You won’t find many out there arguing that the democratic party is in ostensibly good shape.  In fact, it seems as though the left side of the aisle is actually in quite a bit of peril.

The election of 2016 may have been just the first of many signs of a dying regime.  Not only was the DNC in utter financial peril, but they then allowed themselves to be co-opted by Hillary Clinton’s coffers in exchange for a clear shot at the nomination.  It was collusion at its finest, but, given that The Clintons were involved, not a great many folks were surprised.

Now it looks as though the left is ready to hang their hopes on a democratic socialist named Alexandria Ocasio-Cortez who, at 28 years young, has shown her age for more often than her acumen…

One of the reasons the Founding Fathers set a minimum age for many federal offices is that it takes time for people to mature, gain wisdom and be able to conduct themselves properly as an adult (this has been lost for even some of the most senior politicians). From her long line of gaffs, Ocasio-Cortez is obviously not mature or prepared enough to serve in Congress.