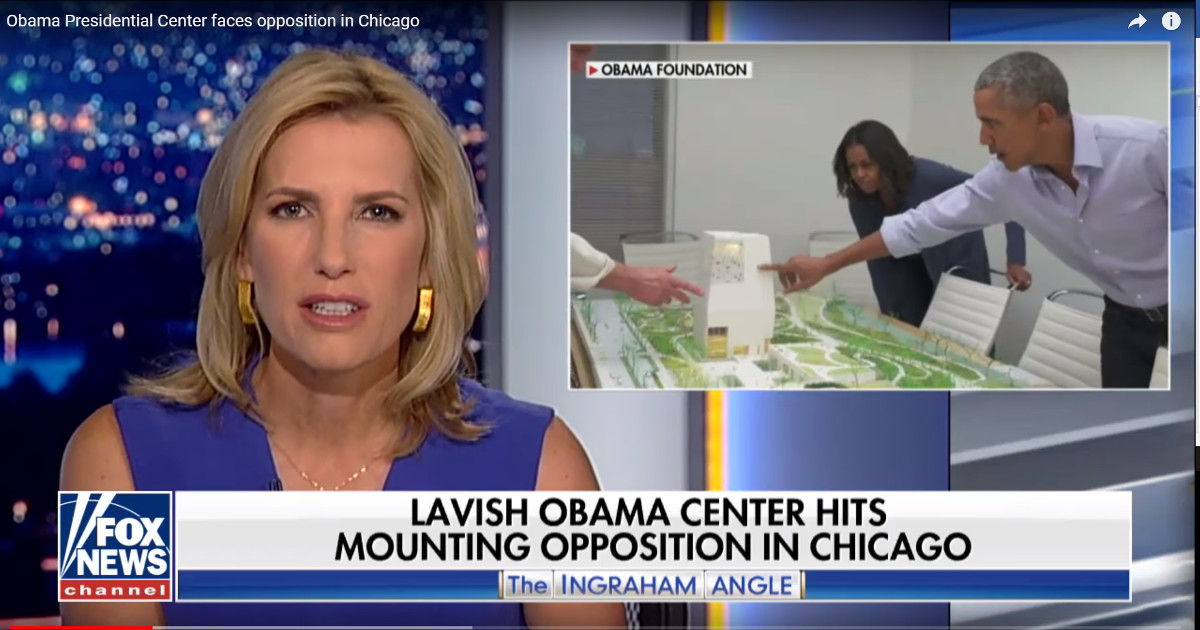 After a recent federal review process, groundbreaking for Obama’s Not-Library has been delayed until sometime next year, which will undoubtedly delay the scheduled 2021 opening. The federal government has yet to complete their review of the environmental and general impact on the location, which had previously been included on the National Register of Historic Places.

(Chicago Tribune) – The Obama Foundation has pushed back the groundbreaking date for the Obama Presidential Center after the federal review process was delayed for a second time this summer, officials confirmed Friday.

Instead of starting construction later this year, the foundation is now saying they plan to break ground for the half-billion-dollar project sometime in 2019. Officials avoided setting a specific date during the year. They also would not say if this will change their timeline for building the center, which was once slated to open in 2021.

“We have a sense of urgency about this project (and) when we started, we wanted the public to know we would break ground as soon as possible,” said Michael Strautmanis, the vice president for civic engagement for the foundation. “But we also knew there were some things that were not in our control. We insist on going through the process with integrity and without rushing.” …

When Obama decided that his presidential records, writings, tapes and documents would NOT be housed at the Chicago location, there was no announcement as to where all of it would be housed, Many speculate that it will be kept locked and hidden, just like Obama’s early history and records have been, adding more speculation to his questionable origin of birth and early socialist history.