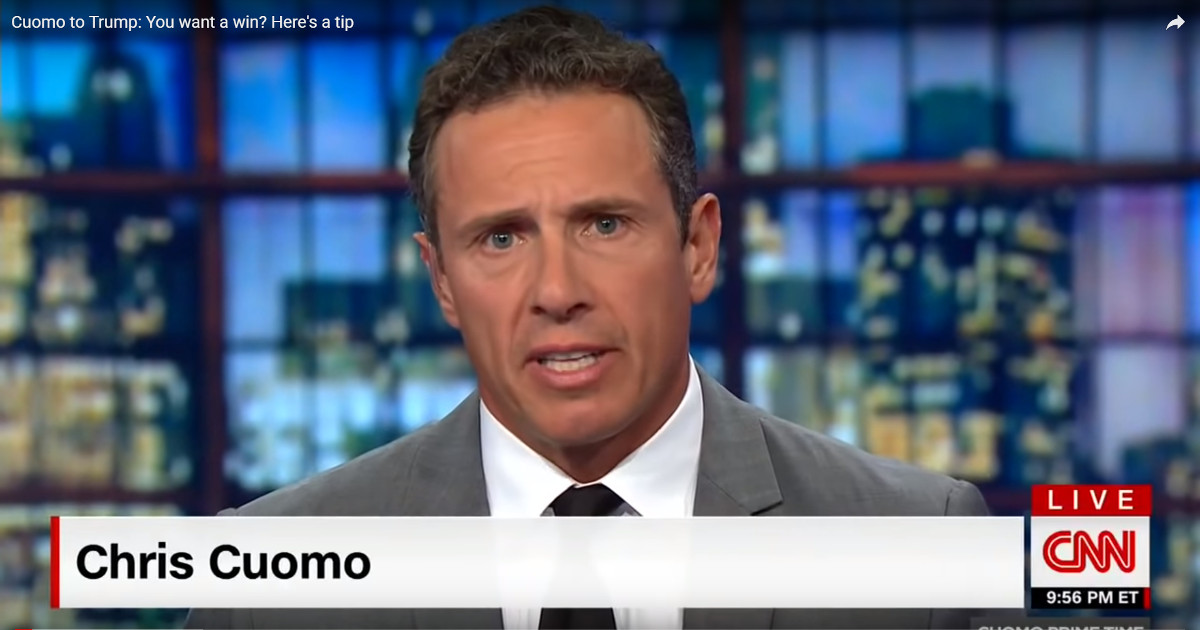 New York Governor Andrew Cuomo is a stanch socialist Democrat in all of his ways and policies and evidently, so is his brother, Chris Cuomo, who appears on CNN (naturally). The apples don’t fall far from the tree in that family as their father, Mario Cuomo, former governor of New York was also a staunch socialist Democrat in all of his actions and policies.

Remember how CNN and other mainstream media are so quick to condemn any violence from any conservative? Yet, when an alt-left activist group known as Antifa turns to violence to threaten, intimidate, attack and silence conservatives, Chris Cuomo has the audacity to support Antifa’s violent ways.

(Constitution.com) – We are living in dangerous times for America, and there is a understandably intense focus on the rhetoric of the mainstream media because of it.

Television media, unlike the free press of the internet, is inherently corrupt thanks to their archaic and outdated advertising structure.  It’s just an unfortunate truth of the digital age.  Where you may see an ad on this website between the paragraphs, more often than not, that advertisement suits you, and only you, because your browser is sending data to the ad provider, telling them what you’re interested in.

Also, these ads are passive, unlike TV commercials, which you have to be led into, and forced to see, on account of them being the only way a television network like CNN makes money.  This focus on fracas corrupts the lens through which we view the world, divides us, and gives the left more ammunition for 2020.

So when Chris Cuomo attempts to the defend the indefensible, it is up to us to expose him.

So, ask yourself, how they call for and support violence on one hand while fighting to supposedly reduce or stop violence? The answer is — it’s okay for them to do whatever they want to accomplish their goals, but it’s not okay for anyone else.