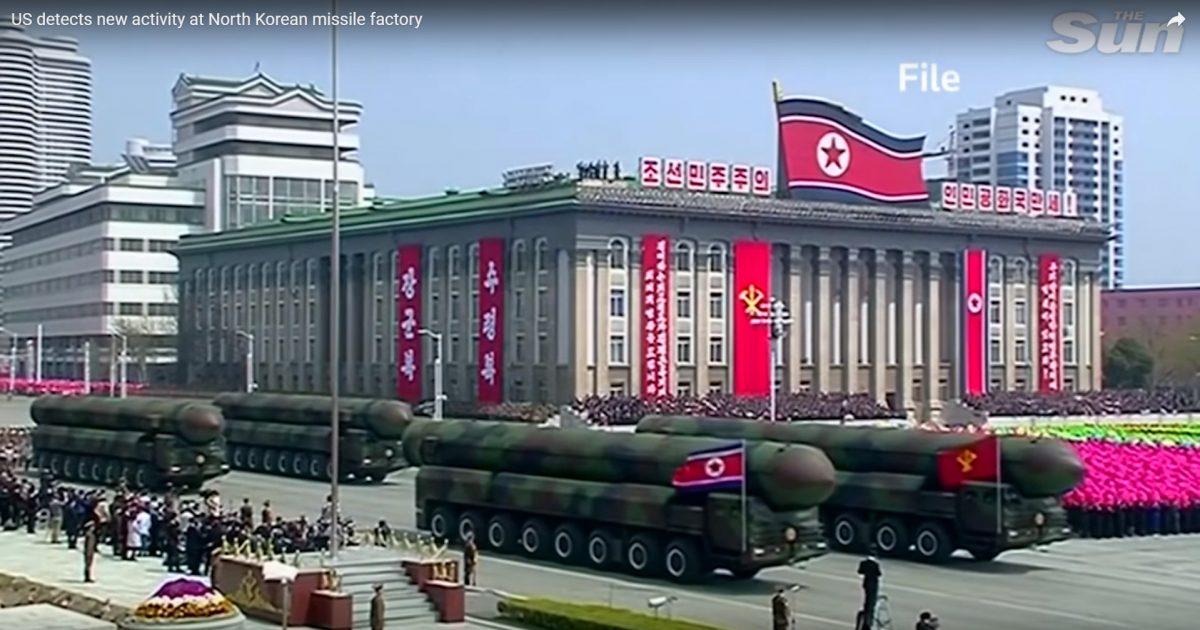 When it was first reported that North Korean tyrant Kim Jong-un wanted to talk peace with President Donald Trump and that he was willing to denuclearize, many conservatives, including myself, were skeptical. North Korea has a long history of not keeping their word and we expected the same from them once again.

While officials from North and South Korea are meeting for military peace talks, the United States has detected activities at one of North Korea’s missile sites that indicate the site is actively working to build more missiles, even though Kim Jong-un had Trump and others to believe they would not build any more missiles.

The meeting, their second since June, held in the border village of Panmunjom in the demilitarised zone (DMZ), was designed to follow on from an inter-Korean summit in April at which leaders of the two Koreas agreed to defuse tensions and halt “all hostile acts.”

North Korean leader Kim Jong Un also vowed during his separate summit with U.S. President Donald Trump in Singapore last month to work toward denuclearisation, but there has not been a concrete agreement to accomplish that goal.

North Korea is as trustworthy as Iran, Barack Obama, Hillary Clinton, a king cobra and a black mamba, all of which will deceive you before they destroy you. If what the US has detected can be proven, then Trump needs to move more military forces near North Korea and send a clear message to Kim that this will not be tolerated.