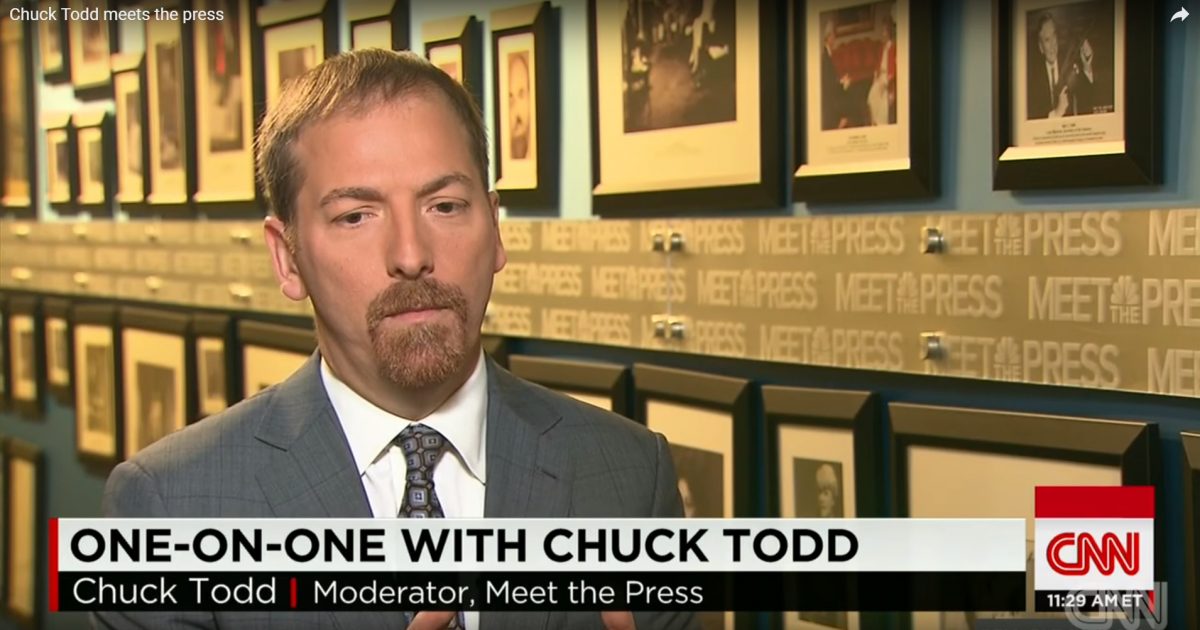 Chuck Todd of NBC (one of the nation’s most liberal and anti-Trump networks) is calling on House Speaker Paul Ryan to immediately launch articles of impeachment against President Donald Trump.

Todd is reacting in typical liberal fashion to false or unsubstantiated accusations that he committed a federal crime.

Not all of the facts have yet been revealed or learned and Todd is ready to prosecute.

Any prosecutor will tell you that if you react the same way Todd is, that you will likely lose most of your prosecution cases.

It takes time to accumulate enough pieces of evidence to increase the chances of getting a conviction.

However, Todd has already found Trump guilty without any evidence, simply because of who and what he is.

After falsely claiming Trump has been accused of “federal crime,” a noticeably excited Todd said on the Today Show:

The Judiciary Committee in the House of Representatives would begin to look to see if there’s enough evidence to start investigating and drawing up articles of impeachment, but this is not a functional Congress. This is a Congress controlled by Republicans. They would have to do this on their own president. But I have to tell you, I think there is going to be increased political heat, and you’re going to have a divided Republican party: those who are fearing Trump as a drag and those that know that his base is there till the end…

Years ago, we called the type of trial that Todd is calling for, a kangaroo trial, meaning it wasn’t fair now was it proper.

One can’t help but wonder how Todd would have reacted if someone from Fox News called for the impeachment of Barack Obama after he illegally told the Justice Department to stop enforcing the Defense of Marriage Act a year before it was over turned by the US Supreme Court.

According to the US Constitution, only Congress can make changes to a law passed by Congress, but Obama made the change to the Defense of Marriage Act and to Obamacare, but he faced no charges for these serious crimes.