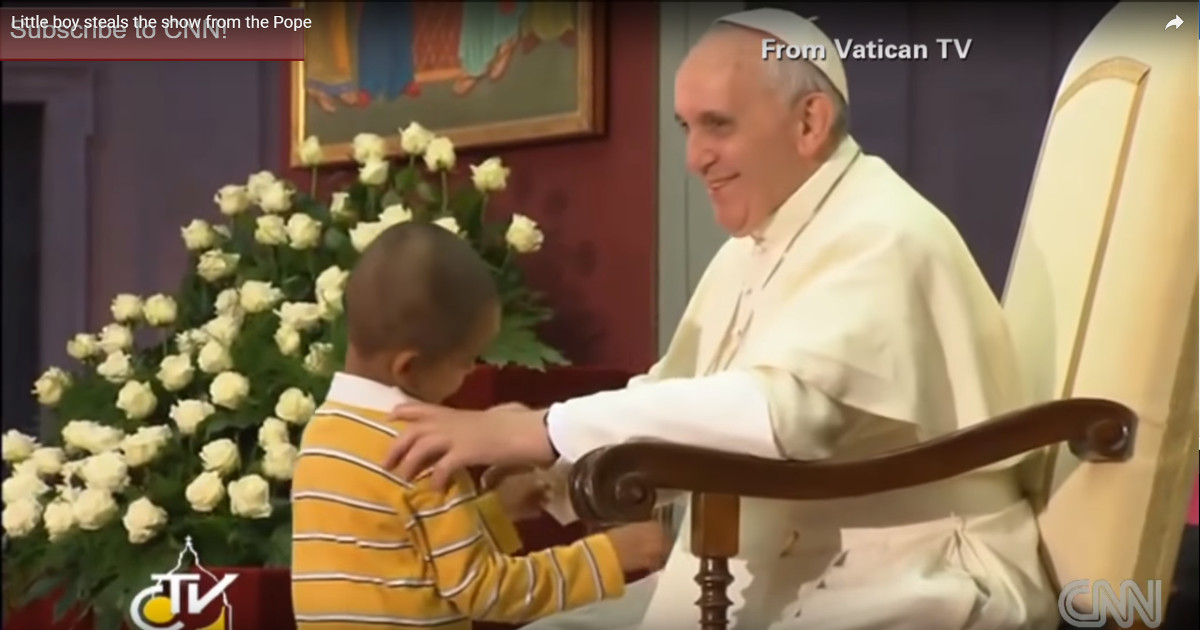 This week, the Catholic Church has been rocked with the largest sex scandal to date, involving hundreds of priests and over a thousand victims of sexual abuse and rape. After a number of victims came forward, Pennsylvania authorities conducted a massive study and uncovered hundreds of accounts of Catholic priests in Pennsylvania that were sexually molesting, abusing and even raping young boys and girls and the 900-page report claims the church tried to cover it up.

The Pope is supposed to be the spiritual and moral leader for the Catholic Church, but so far, Pope Francis has been silent and avoiding the hundreds of questions being asked of the Pontiff.

(Breitbart) – The Vatican had “no comment” when asked about hundreds of Pennsylvania priests sexually abusing a thousand children.

Where is Pope Francis?

Where is the moral leader of the Catholic Church?

Where is the compassionate, accessible Wheelchair Pope, the Energizer Bunny Pope, the Cynicism-Busting Pope who has always been so eager to comment on every hot button issue, from Global Warming to immigration to homosexuality?

I know where Francis is not. He is not where he should be, in Pennsylvania overseeing a revolutionary and historic house cleaning of a satanic cancer that infects his Church, a 70-year-old cancer of priests and bishops and cardinals who are guilty of either engaging in an organized cabal to rape little boys and girls, or in covering up those unspeakable crimes.

Worse still, not only is Francis not in Pennsylvania personally disinfecting his Church, all we are hearing from the Vatican, the same Vatican that knew well in advance this utterly damning grand jury report was coming out, is “no comment.” …

The problem started centuries ago when the Catholic Church determined that all clergy (male and female) should be single and celibate. In Genesis 2:10, God said that it is not good for man to be alone, so He created a helper for him. That helper was a member of the opposite sex which was to become one with the man, physically, emotionally and spiritually. Had the Catholic Church followed God, none of this would be happening.