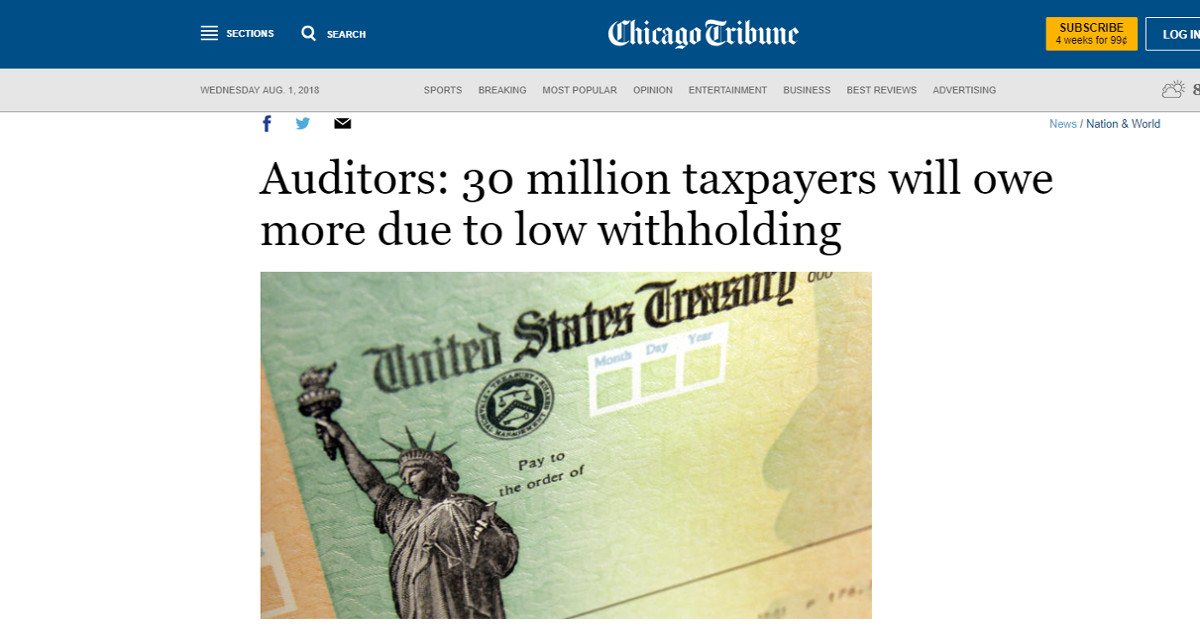 Democrats opposed President Donald Trump’s tax cut plan when he was still on the campaign trail. They said it would add at least $1 trillion to the national debt. They also claimed that the tax cuts went mostly to the wealthy 1% and that it would not do anything more to most Americans. Many Democrats running for office this year are promising to repeal the corporate tax cuts to prevent the wealthy from benefiting.

They made those claims two years ago and are still making them today, as if the American people are that stupid to believe them.

Yes, the wealthy are benefiting from the tax cuts but it’s the wealthy that own many of the businesses the people work for. Instead of putting the tax cuts in their bank accounts, as Democrats have been claiming, many have hired more people, increased worker’s hours and raised the pay of many others.

Not only are more people working, but the average pay is higher than it’s been since before Obama went into office or anytime during his 8 years of economic disaster. The GDP is climbing and the overall economy is booming.

The tax cuts also mean that most working Americans are now taking home more of every hard-earned dollar than they were during the Obama era and guess what? Because more people are working and more people are spending, the federal government has been taking in more tax revenue than what they are spending on a monthly basis. Instead of adding to the national debt, it’s helping to slowly chip away at the figure or at least slow it down.

Yet, many Democrats continue to try to convince the American people that this a bad thing and they are being helped by the mainstream media who hates everything good about Trump and America.

Yesterday, a number of mainstream media outlets carried headlines that were intended to frighten voters into turning away from voting for Republicans and those headlines are VERY misleading.

NPR headline read: More Taxpayers Will Owe The IRS In April Due To Under-Withholding, Report Says

The Chicago Tribune and many others painted a more frightening picture with their headline: Auditors: 30 million taxpayers will owe more due to low withholding

The opening paragraph of the Chicago Tribune article states:

“Congressional auditors say about 30 million people — 21 percent of U.S. taxpayers — will have to come up with more money to pay their 2018 taxes next year because their employers withheld too little from their paychecks under government tables keyed to the new tax law.”

The truth is, the new tax law is NOT responsible for the 30 million number they are trying to scare people with. In the third paragraph, they admit the truth:

“About 27 million taxpayers would have been affected even if the new law hadn’t been enacted. The changes, however, added an estimated 3 million to that number.”

That means that 90% of those who will pay more come next April would have done so anyway, without the new tax cuts. That means the tax cuts will only result in about 2.1% of all taxpayers having to pay come April, not 21%.

Additionally, don’t forget that the same government agency that is coming up with these figures is the one that said Obamacare would result in over 26 million more Americans having healthcare insurance, when the real number only hit about 16 million at its peak.

This is an example of how the liberal anti-Trump media will take news and distort it in a way to help their agenda and sway voters.