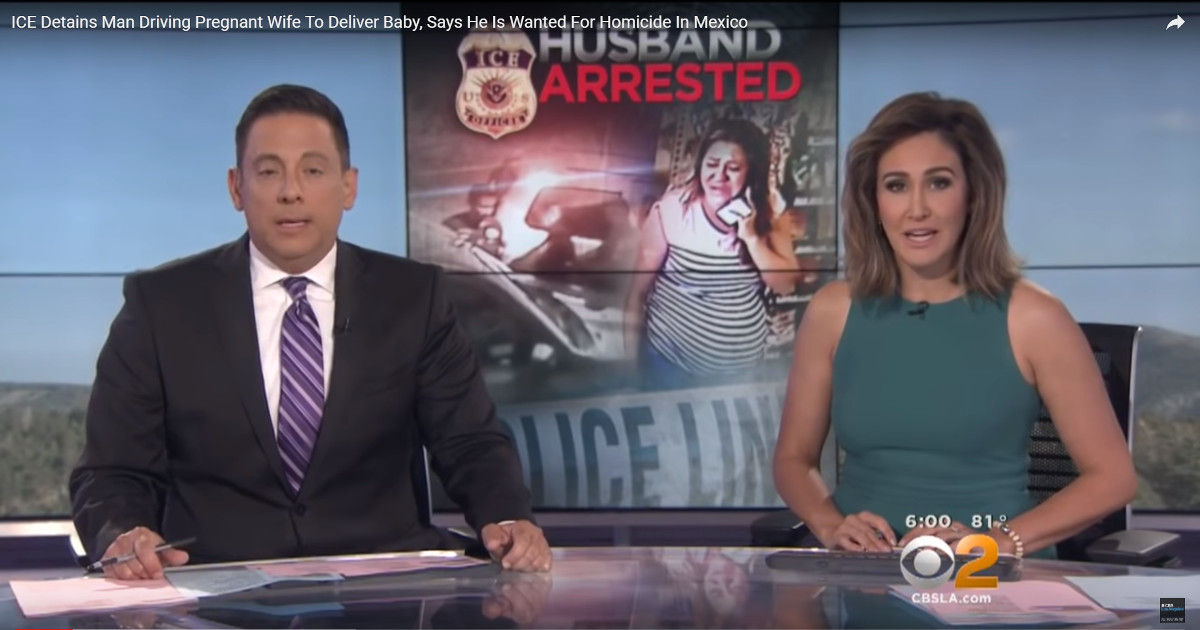 Yet, the media is outraged over Ice agents detaining an arresting an illegal alien wanted for murder in Mexico. The outrage comes over the fact that the illegal was driving his pregnant wife to the hospital to have her baby.

The media, who are already very anti-ICE, are reporting as if ICE agents are heartless villains, forgetting that the man is in the US illegally. It doesn’t matter the husband claims to be innocent, the fact is, there is an outstanding warrant for his arrest and ICE had the legal duty and obligation to detain and arrest the man.

(Fox News) – An illegal immigrant from Mexico who was arrested in California this week while driving his pregnant wife to a hospital was facing a warrant for his arrest in Mexico on homicide charges, officials with U.S. Immigration and Customs Enforcement (ICE) said Saturday.

But his wife disputed the ICE claim, saying her husband has never been in trouble with the law, KCBS-TV of Los Angeles reported.

Maria del Carmen Venegas, 32, said she and her husband, Joel Arrona-Lara, 35, came to the U.S. 12 years ago from the city of Leon in the central Mexican state of Guanajuato. They do not have legal authorization to live in the U.S., she said.

She said that because her husband was taken away by ICE at a gas station where the couple stopped on the way to the hospital, she was forced to drive herself there, where she gave birth to a boy — the couple’s fifth child, all born in the U.S…

The couple knew they were in the US illegally and therefore should have been aware that they could be detained and arrested at any moment. Many a US citizen has been arrested at inopportune times, on way to church, doctor, hospital, work and picking kids up at school, so what makes anyone think an illegal alien deserves any special or preferential treatment?