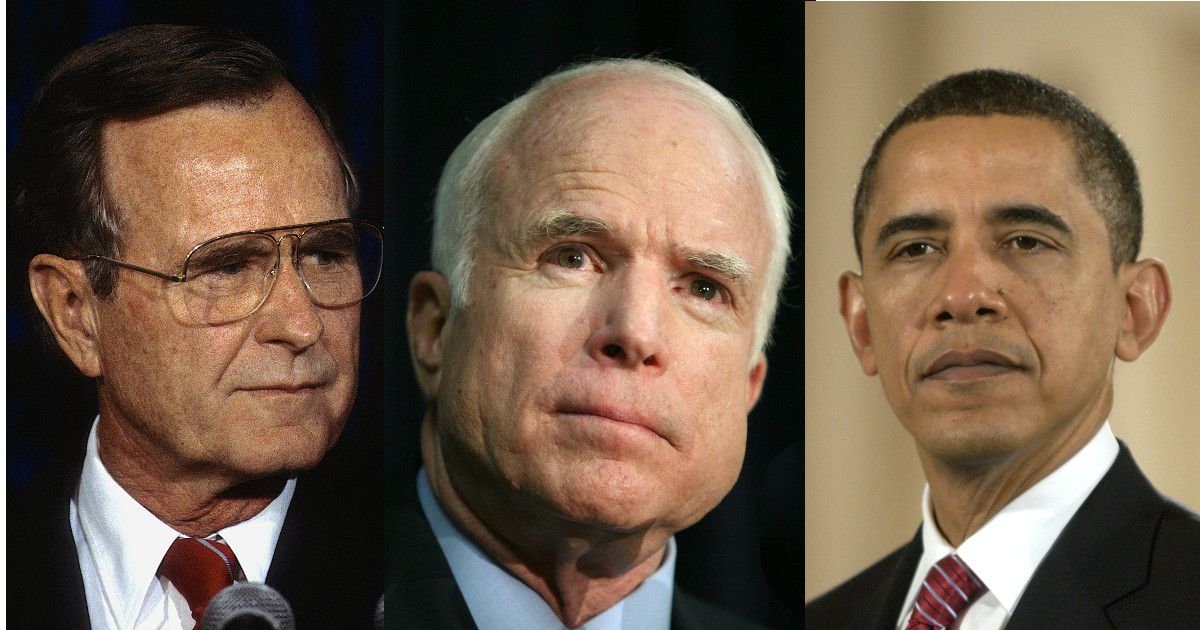 On Saturday afternoon at his ranch home in Sedona, Arizona, Sen. John McCain died an aggressive form of brain cancer.

McCain, the son grandson of Navy Admirals, began a career in the Navy to follow in their footsteps, but he was shot down over North Vietnam and spent years in a prisoner of war compound.

He was beaten, starved and abused, but never waivered on his loyalty to America.

He ran for the GOP presidential nomination in 2000, but lost to then Texas Gov. George W. Bush.

McCain did get the GOP nomination in 2008, but lost in the general election to Barack Obama.

McCain was born on a U.S. Navy base in Panama in 1936, the son and grandson of career Navy officers. He graduated from the U.S. Naval Academy and served as a Navy pilot in the Vietnam War.

He was shot down over Hanoi in 1967 and was a prisoner of war for five and a half years. McCain was tortured by the North Vietnamese, leaving him permanently disabled. He famously refused to be released ahead of POWs who had been captured first — denying the enemy a propaganda coup, since his father was then the commander of all U.S. forces in Vietnam.

Upon his release in 1973, McCain studied at the Naval War College in Washington, DC, where he puzzled over the question of America’s struggles in Vietnam, ultimately concluding that lack of political commitment to victory had led to defeat. It was a lesson that would guide his later approach, in Congress, to America’s foreign interventions…

McCain is hailed as an American hero and in many ways, he was.

He devoted his life to the country he loved.

Being from Arizona, I was an avid supporter of McCain up to his defeat by Obama in 2008.

However, from that time on, McCain seemed to turn away from his conservative stands on many issues and became more of a moderate and even sided with liberals on some issue. I can’t help but wonder if this wasn’t due to the brain tumor that eventually took his life.