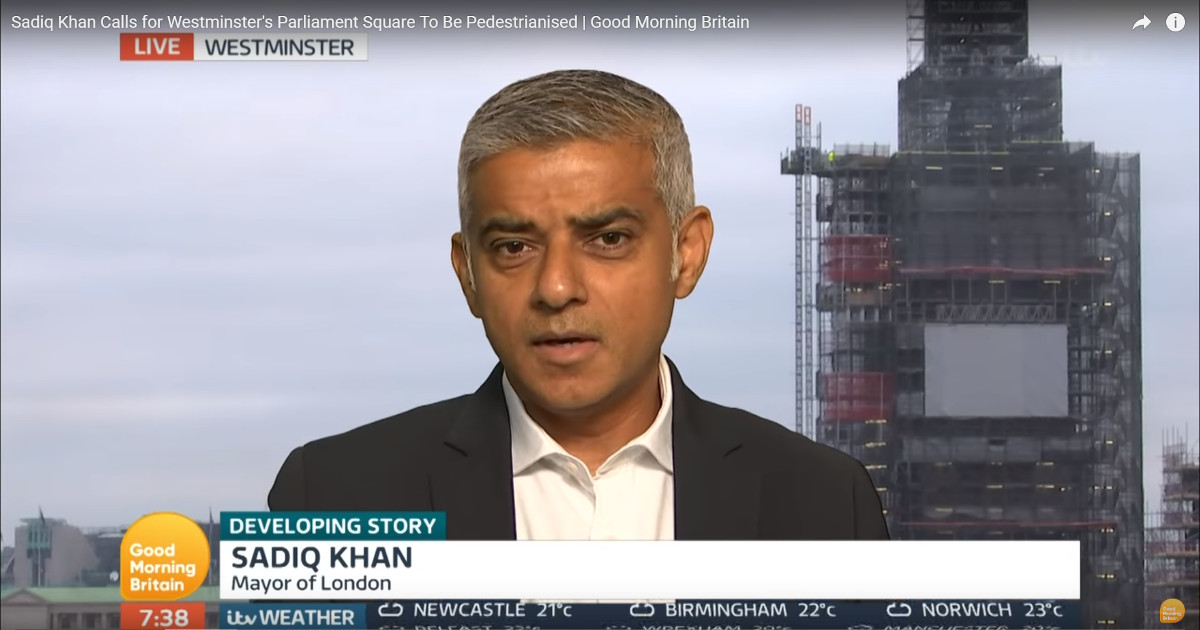 Terrorist attacks are nothing new to London.

They had their first of many terrorist attacks related to the politics in Ireland back in 1867 when a bomb exploded at New Prison in Clerkenwell, killing 12 people walking past at the time. Irish Republicans continued to launch attacks in London with the last 5 taking place in 2001.

Anarchists began terrorist activities in London back in 1894 and continued to 1984.

London also saw a number of terrorist attacks relating to their policies on the Middle East from 1947 to about 1997.

Over the past decade, London has also seen an increasing number of terrorist attacks carried out by Islamic extremists, especially in the past 3 years.

Ironically, in May 2016, just over 2 years ago, Sadiq Khan took office as London’s first Muslim mayor. Prior to being elected mayor, Khan was a member of Parliament from May 2005 to May 2016, where he represented Tooting, a district in South London.

Under Khan, the Islamic terrorist attacks have been carried out by home grown terrorists, Muslims in England that were radicalized and with the help of other terrorists from the Middle East. Terrorists have used bombs, guns, knives and vehicles to carry out their deadly attacks on London residents and tourists.

There was an Islamic terrorist attack at London Bridge, another in Manchester, another on the underground, and yet another in North Greenwich.

Bombs are already illegal in the United Kingdom, as are most firearms, yet the laws have not done anything to prevent the string of Islamic terrorists that have rocked London and other locations in Great Britain.

Emanuel is calling for more gun control as his method of solving the rampage of gun violence in the Windy City. Illinois, Cook County and Chicago combined have some pretty strict gun control laws, and yet there are plenty of guns on the streets. The majority of the gun violence in Chicago is gang related and since gangs already ignore the laws, Emanuel believes that he can quell the epidemic with even more laws that the gang members will ignore.

In London, Khan not only wants a ban on guns (there already is one), but he wants somehow to ban or limit knives as well as cars and other motor vehicles, as reported:

“[Mayor] Khan told BBC radio that making certain areas only available to pedestrians would provide more safety to both citizens and buildings in the surrounding area. But he also said the city would need to ensure people ‘don’t lose one important thing about our democracy: People having an access to parliamentarians, people being able to lobby parliament and being able to come and visit parliament’.”

“‘I think there would be lots of challenges if we would do the whole square. It is a thoroughfare for cars, vehicles and commercial deliveries going through London,’ he said. ‘So it’s possible to have a designed solution … in keeping our buildings and people as safe as we can do. And also not losing what is so wonderful about our city that is a vibrant democracy, people can walk around safely’.”

Both Khan’s and Emanuel’s solutions are like a surgeon trying to stop internal bleeding by putting a Band-aid on the skin. They think it looks good, but it does nothing to fix the problem.

In Chicago, the problem is gangs and passing more laws won’t fix that problem. In London, the problem is terrorists and banning guns, knives and cars won’t solve that problem either. Both men are being blindly driven by their extreme political views which doesn’t allow either of them to admit or deal with the real issues.