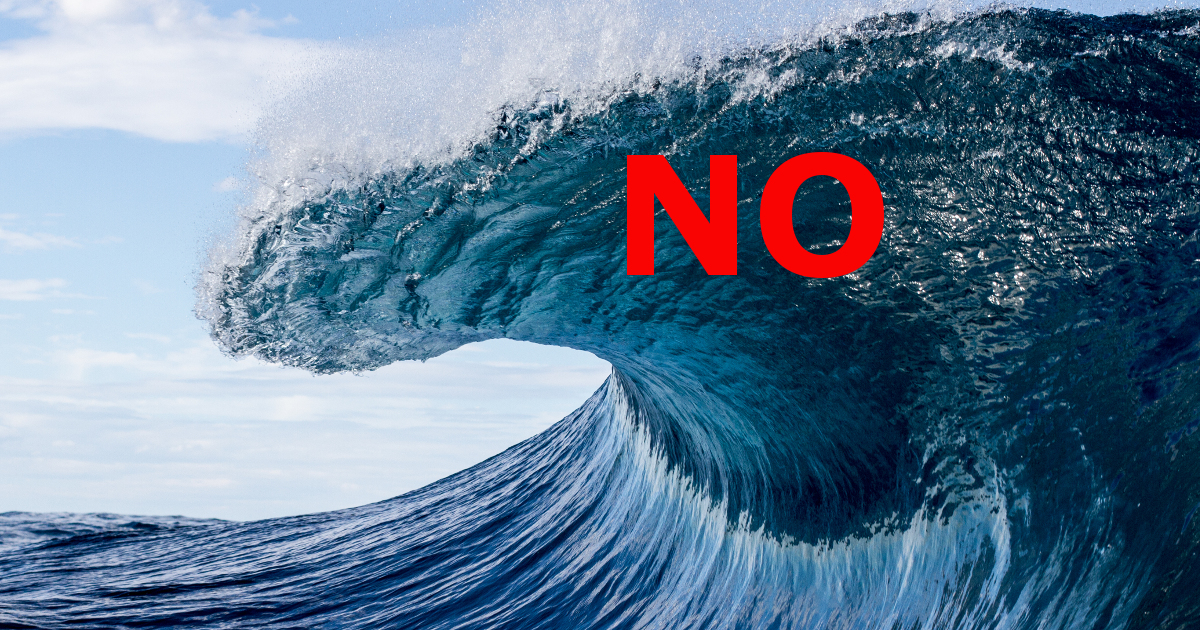 For the past 8 months, we’ve been hearing a lot about a blue wave that will wash away the Republican control of Congress.

The media and Democrats have been pushing hard to make America believe that Republican rule was gong to end after November’s midterm elections.

They have regularly paraded polls that show Democratic leads in many House and some Senate races.

However, it seems the pollsters at liberal CBS News are not so optimistic about a blue wave sweeping the elections.

They think that Democrats may win up to 20 House seats, but not enough to wrestle control away from Republicans.

(Townhall) – We’ve been hearing it for months: the blue wave is coming. The Democrats are going to retake the House. The Democratic ballot advantage is significant. Well, if that does occur, a blue wave, congressional Democrats will move to impeach President Trump on bogus charges. There is still zero evidence to suggest the president’s campaign colluded with the Russians. Oh, what about campaign finance? The Obama campaign was fined for violations. Did he ever face impeachment charges? It’ll be a circus, a pervasive parade of nonsense, hyperbole, and liberal whining the likes of which we’ve never seen. And we’ve seen a lot of tantrums since Hillary Clinton’s epic loss in 2016. So, what can the GOP do to avert a blue wave? Well, GOP pollster Frank Luntz said the GOP should force a vote on speaker to force Democrats on the Hill to vote for Nancy Pelosi; their names will be on record. The second thing is to pass another piece of legislation, like tougher accountability measures for food stamps. That narrative was torpedoed when moderate Republicans joined Democrats in backing a discharge petition to hold a series of votes on immigration. If they found 218 signatures, it would have allowed votes on this issue without going through the GOP House leadership. They were reportedly two or three votes shy of successfully triggering this legislative maneuver, which prompted Speaker Paul Ryan to strike a deal on the matter, which further divided the party in the midst of a critical election year. The whole episode was a dumpster fire. Yet, one thing that has bolstered GOP chances is the economy. It’s booming, especially in the competitive districts Democrats hope to flip—all of this thanks to the Trump tax cuts. The ballot advantage has shrunk to six points; it was in the high double-digits after the holidays last year.

Over at CBS News, their pollsters and number crunchers are more bearish on the prospect of a blue wave. The series of special election wins Democrats have clinched this cycle mean nothing. The national polls don’t matter, just the ones in the handful of districts, which are being targeted this year. They see this whole thing as a toss up. They can see Democrats gaining 20 seats, but with the GOP remaining in control of the House. So, one of the Big Three (CBS, NBC, and ABC) is saying blue wave could end up being low tide: …

The CBS News pollster, Anthony Salvanto, says that anti-Trump sentiment may bring some voters out, but not enough to make a difference.

Salvanto said that to persuade voters to go against Trump, the Democrats have to provide them with kind of meat on the policy bone.

In a surprise statement from a very liberal news network’s pollster, Salvanto said that what Democrats are offering this year is trash, not good meat.

He also points out how Democratic leaders mocked the $1,000 bonuses that many workers received, thanks to Trump.

Hence, he predicts that Democrats will fail to take control of the House.