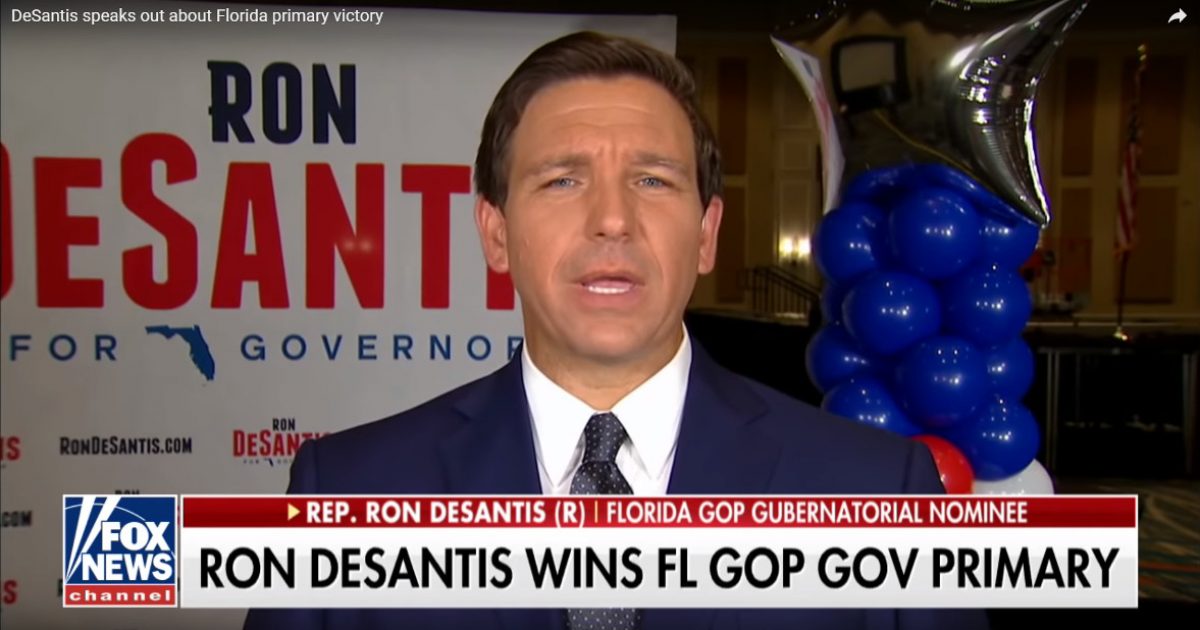 Florida held their primary election this week and the outcome for governor pits a Bernie Sanders backed Democrat against a Trump backed Republican in November’s general election.

Rep Ron DeSantis (R-FL) won the GOP primary by a 20 percentage-point margin with the help of backing by President Donald Trump.

The left-wing mainstream media attacked DeSantis, claiming he made a racial slur towards Gillum.

The fact is, DeSantis exacts words were taken out of context then made to appear racist, when they weren’t, but this is normal for many members of the mainstream media.

(The Daily Wire) – “This is a guy who, although he is much too liberal for Florida, I think he’s got huge problems with how he has governed Tallahassee,” DeSantis said, adding that Gillum is “an articulate spokesman for the far left views and he is a charismatic candidate.”

DeSantis went on to say that he watched the Democrat debates and that Gillum “performed better than the other people there.”

Where things go wrong is when DeSantis started talking about progressive policies. Gillum supports the Left’s Medicare-for-all health care solution and the Abolish ICE movement. DeSantis quickly switched from speaking positively about Gillum to the policies he supports…

What DeSantis actually said was:

“So, we have to work hard to make sure we continue Florida going in a good direction. Let’s build off the success we’ve had with Governor Scott. The last thing we need to do is to monkey this up by trying to embrace a socialist agenda with huge tax increases and bankrupting the state.”

Yet, the leftist media said that when DeSantis said ‘monkey it up’ that he was making a racial slur against Gillum, but as you can see, it wasn’t meant that way at all.

That’s the danger of taking things out of context, as happened in this case, but they did in an effort to influence voters.

All DeSantis needs to do is show his exact statement and then remind voters, including black voters, of how many are working and how much they are taking home in each paycheck and then tell them that Democrats want to take that all away from them.